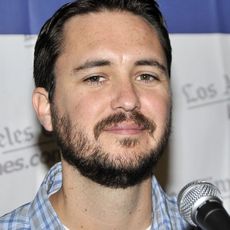 About
Richard William "Wil" Wheaton III is an American actor, blogger and writer, known for his portrayals of Wesley Crusher on the television series Star Trek: The Next Generation, Gordie Lachance in the film Stand by Me, Joey Trotta in Toy Soldiers, and for his recurring role as a fictionalized version of himself on the CBS sitcom The Big Bang Theory.
Reddit AMA Stats
Tag Cloud
writer, actor, blogger, big-bang-theory

Would you ever come play a game with us on my show Tabletop?

Thank you for tolerating me, and for not making me feel like a complete freak. I'm a ginormous fan of your work, and I think I told you in Calgary that X-Files was a very significant part of our life when my wife and I were dating.

Pretty much like every goddamn time I'm around her. She really needs to lay off the garlic hummus.

Okay, true and embarrassing story from my childhood:

When I was a kid, I loved WWF. I watched it every Saturday morning, and one of the highlights of my life was when my parents took my siblings and me to see it, live, at the Sports Arena in Los Angeles.

So I guess I was probably ten or eleven, and Hulk Hogan was my hero. I got one of my T-shirts out of my dresser, and I cut it up into a Hulkster pattern, with the slashes across the back and everything. Then, I built a wrestling ring out of couch cushions and blankets and stuff in our living room, and decided that I was going to make a huge, grand entrance, just like Hulk Hogan.

I went to my parents records, and took out what was, at the time, a pretty radical record: Starship's Knee Deep In The Hoopla. I put it on the turntable, cranked the volume up, and readied the needle. I said, in my best announcer voice, "Ladies and gentlemen, this is our title bout for the evening! It is scheduled for one fall! Hailing from Sunland, California, weighing in at 90 pounds, the heavyweight champion of the world .... WIL WHEATON!" I dropped the needle on the record, then ran out of the room as fast as I could, so I could start strutting across the kitchen and into my "arena" as We Built This City On Rock and Roll played.

I was fully committed to the bit, too. I was pointing at the imaginary people in the audience, putting my hand up to my ear just like Hulk Hogan did, and then I tore off my t-shirt while growling and hearing fifteen thousand people scream for me, as I marched around the wrestling ring I'd made out of four couch cushions and some blankets.

And the thing about all of this is that nobody ever knew about it but me until just now, because when I did this stupid thing (that was actually totally awesome according to young me), nobody was in the house but me, and I put everything away before my parents got home.

I, uh, probably wouldn't have a theme song today.

I love that. Have some gold, on me.

I got misty-eyed reading this. Those were good times, random guy on the street.

You know, I hadn't until just this moment. I think that's a thing that needs to happen. I'll do the walk and everything.

YES! Thank you. Finally, someone who gets it.