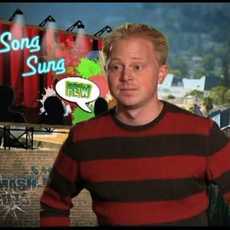 About
is a writer/comedian living in Los Angeles. He is best known for his work on Current TV, Smash Cuts and "Joe Goes." Joe made his first TV appearance in 2005, in the first season of the show "The Beauty and the Geek".
Reddit AMA Stats
Tag Cloud
comedian, writer

See for yourself - the video's coming out soon!

FREEZE! (whips out gun) This'll only take a minute.

No, it's pretty boring. "Hi, I make a show called Joe Goes where I do fun interviews with people. Do you have a few minutes for an interview? No? (starts crying) PLEASE?! I JUST WANT TO BE A YOUTUBE STAR

Well, I recently wrote the voiceover for the hottest show on TV: TruTV's Top Funniest! http://www.trutv.com/shows/trutv-top-funniest/index.html

If you loved Parks & Recreation...

...and you loved Arrested Development...

I give her fashion advice all the time, but it turns out, she's not a big fan of clothes.

Thank you so much for your questions, and for the support! It's been a while since the last AMA. I'll have to do this more often.

One thing to add, before I go: When you're traveling, don't go down the wormhole of reading bad shit about the countries! When I was researching the Philippines, I read all these stories about people getting mugged and kidnapped. When I was researching Thailand, I was reading all these stories about how the cops would arrest Americans for filming on videocameras. These were my first two stops - Manila and Bangkok. I was really worried I was going to get mugged or kidnapped or arrested. I almost cancelled the Southeast Asia portion of my trip. Some family members were telling me to, as well. But guess what? I went, and it was AWESOME. The shoots went without a hitch, totally fine. Nothing bad happened at all. I just used basic common sense - like not filming in Manila at night, or in sketchy areas, etc. People are quick to write about bad experiences on the Internet, not about positive ones. I cringe when I think about how I almost cut Southeast Asia from the trip; would've missed on so many great experiences.

That's it. Thanks again! Keep watching! Lot of new Joe Goes coming up! (After a couple weeks of classics. Need a break from editing!)

The guts! Give me a Purple Heart for these videos!

I don't approach it like that. My only goal is to have fun in the interviews and have funny interactions. I don't want to offend people. I know there are some people out there who make videos just "trying to be awkward," but that isn't my main goal.