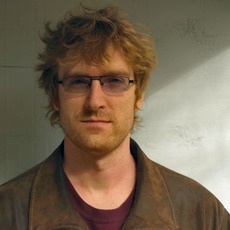 I'm the guy who does Dinosaur Comics. AMA

I am Ryan North, author and cartoonist and I one time I messed up walking my dog so badly it made the news. AMA!

I am Ryan North, OG webcartoonist and author, including the upcoming HOW TO TAKE OVER THE WORLD. AMA!

We're a few of the authors of Humble eBook Bundle 2: Cherie Priest, Robert Charles Wilson, and the Machine of Death team, AMA!

Ryan are you super handsome or just regular handsome?

It was, because THIS NEVER HAPPENS. It only ever happens when I'm with someone else, usually after I've delivered my "the great thing about people knowing you on the internet is you can go outside and nobody knows who you are, so you never get a big head" speech. So I am certain that I was not alone in this scenario.

Once it happened at a restaurant where the waitress brought over a comic for me to sign! That had literally never happened before, but the guy I was dining with wouldn't believe me and thought it happened all the time. WHO BRINGS A COMIC BOOK TO WORK?? (It was Wednesday and she'd just bought it at the comic store up the road, but still)

EVERYTHING IS GOING ACCORDING TO PLAN

THIS IS A REAL THING I DID AND ONCE YOU SEE THE COMIC ONCE I STORE THE IP AND NEVER SHOW IT AGAIN, INSTEAD SILENTLY REPLACING IT WITH A DIFFERENT COMIC

YOU ARE NOT INSANE

BUT YOU HAVE BEEN... SELECTED

THIS is a good question!

Together we would be an unstoppable, hairy, stentorian machine of fun times.

I sure hope so!

If I said I had a bumper sticker that read "I RESPECT THE IRISH" would that help, or would that seem like an oddly specific preemptive denial?