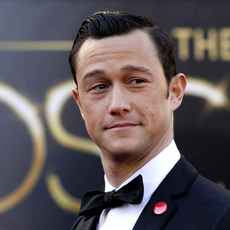 About
is an American actor, director, producer, and writer. As a child star, he appeared in the films A River Runs Through It, Angels in the Outfield, Beethoven, and 10 Things I Hate About You, and as Tommy Solomon in the TV series 3rd Rock from the Sun.
Reddit AMA Stats
Tag Cloud
producer, writer, director, actor

Joseph Gordon-Levitt. Are we RECording? Ask me anything...

Iam Joseph Gordon-Levitt, my new show “Band Together with Logic” is now streaming on YouTube. So, AMA…

IAm Joseph Gordon-Levitt. I’m making a show - with YOU - all about staying creative during this pandemic. AMA…

IAm Joseph Gordon-Levitt. My new show Create Together is out now! AMA...

This is why I like doing AMAs, this is a more creative question than any journalist or host has asked me maybe ever. Bravo. Hmm, now I have to think of a good answer. I would say MANIC, little known movie from 2000. First time Zooey Deschanel and I met. She’s one of my favorite singers. Also Don Cheadle was in it, and he makes everything he touches cool. Also Michael Bacall was in it (writer of Scott Pilgrim and more) and he would kill it on lyrics. Album could be titled, um, MANIC PANIC.

Definitely. Is his name Todd? I could be misremembering, it was a long time ago. But yeah, I went to Kansas when I was prepping for Mysterious Skin. That's where the novelist, Scott Heim, is really from, Hutchinson, Kansas. So I flew into Kansas City, and rented a car, and was looking around for something to do, and couldn't find anybody. Kansas City was a ghost town. I was like, "this place is dead." So I got on the highway and headed out of town, and I passed the stadium. Which was packed. And I was like, "oh, this is where everybody is." So I pulled off, and headed in. Game was sold out. It was against the St. Louis Cardinals, so there was a cross-town rivalry. I couldn't get in. Then a couple of super nice people (including Todd, unless I have his name wrong) helped sneak me in through an unwatched gate. We watched the rest of the game together. And we ended up hanging out for a few days. I stayed with them. We went and had BBQ. I ended up recording everybody's voice. I discovered there's not really one singular Kansas accent, but I was able to cobble something together. Please say hi for me. Hugely fond memories!

activating your webcam to watch you while you write your emails

Yes. I'll marry you. It will be in the spring. In Italy. I'll wear Paul Smith. You, Chanel. We will ride off together on two white horses, and have a thousand orgasms as the sun sets over the golden horizon.