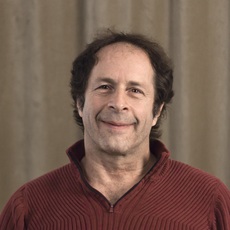 About
is the president and founder of the Multidisciplinary Association for Psychedelic Studies.
Reddit AMA Stats
Tag Cloud
psychedelic

We are the Multidisciplinary Association for Psychedelic Studies (MAPS), a non-profit organization studying the risks and benefits of psychedelics and marijuana. Ask us anything!

I am Rick Doblin, Ph.D, founder of the Multidisciplinary Association for Psychedelic Studies (MAPS). Ask me and my staff anything about the scientific and medical potential of psychedelic drugs and marijuana!

We are the Multidisciplinary Association for Psychedelic Studies (MAPS), a non-profit research and educational organization working to legitimize the scientific, medical, and spiritual uses of psychedelics and marijuana. Ask us anything!

We are the Multidisciplinary Association for Psychedelic Studies (MAPS), a non-profit organization studying psychedelics and marijuana. Ask us anything!

We are the Multidisciplinary Association for Psychedelic Studies (MAPS), a non-profit organization studying therapeutic applications for psychedelics and marijuana. Ask us anything!

I don't encourage anybody to do psychedelics for any purpose whatsoever. I think that people should be free to make up their own minds based on accurate, complete, and honest information. I do acknowledge that for me, personal experiences with psychedelics have been transformative and I wouldn't consider them medical. Recreational use has been given a bad name, considered hedonistic and extraordinarily dangerous.

I think, for example, the celebratory use of psychedelics at festivals and concerts can be profoundly healing and inspirational. At the same time, MAPS is focused on providing psychedelic harm reduction services because people sometimes take these substances just for recreation and then deeper material rises to the surface. The use of these drugs explicitly for recreation with the intention of only having an easy happy experience is in some ways a recipe for disaster.

A deeper respect for the intention of these drugs should be involved even if the purpose is celebratory and recreational. For non-medical use to be as safe as possible we need to move to some sort of legalized setting so people can know what they're getting. The distinction between medical and recreational is in some senses artificial. Sasha Shulgin used to say, there should be no such thing as a casual experiment with psychedelics.

I believe research into micro-doses of psilocybin or LSD to treat depression holds incredible promise. Albert Hofmann told me before he died that one of the most important parts of LSD and psilocybin research that had not been fully explored was micro-dosing. Also, in France, ibogaine was available as a medicine in low doses for energy, and could also work to help treat depression.

This is a very important question, /u/SenSanders!

Learn more about MDMA-assisted psychotherapy as a treatment for PTSD: http://mdmaptsd.org/healingtrauma

I believe in an honest drug education for kids. I believe that it's an ineffective antidote for drug abuse if schools only teach kids about the potential harms of drug use. Talking about negative effects is not the whole story. We need to talk about the positive and negative potential of these substances. This education approach won't prepare the kids for the decisions they need to make in life.

There is more than one appropriate response. Some may choose to use, some may not. Providing education about only negative effects communicates that kids should make the decision not to use, because that's the only decision. It doesn't have any credibility.

The best way to distinguish drug abuse is to paint a balanced picture. We can communicate harm reduction messages by speaking about the positive effects, which is dependent on set and setting. We are not promoting drug use because we are not telling kids to do drugs or not do drugs. We are trying to provide balanced education. We want them to have the best education and to make those choices.

We presume that MDMA and psilocybin will be made legal for medical uses by 2021. LSD is not actively being researched for medical uses so it would come later. The idea is that we will eventually obtain approval for the whole collection of psychedelics, growing the field of psychedelic medicine. The bigger question is will these be legalized for non-medical uses, meaning personal freedom, personal growth. I believe we are moving in that direction. Of course medical uses will lead the way, just as it has with medical marijuana.

Medical marijuana initiatives began in 1996 and now states are started to legalize recreational use. The general trend we see in the world is a re-evaluation of the whole system of prohibition, a growing appreciation of religious freedom and the role that psychedelics play in spiritual experiences. For those aging baby boomers who are reading this, I believe that they will live to see the medical use of psychedelics. For younger readers, it is possible that they will see psychedelics made available for creativity, celebration, and even recreation. Of course all of this will be legalized even faster if everybody donates to MAPS!

Couples therapy was actually the most common therapeutic use for MDMA before it was placed on Schedule 1 in 1985. However, at present the most effective way to study the risks and benefits of MDMA is to study it as a treatment for a clinically diagnosable psychiatric disorder. After medical use becomes more accepted, it may become possible for additional uses of the medication to be studied.

Let’s hope the world of drug policy isn’t an industry :) But there are definitely some great opportunities for internships! To start, check out Drug Policy Alliance and Students for Sensible Drug Policy (I was actually a Policy Fellow at DPA before MAPS!). MAPS also has internship and volunteer opportunities. I would encourage you to look at organizations doing grassroots drug policy— harm reduction advocacy, criminal ‘injustice’ reform etc, and see how you can get involved there.

Yes, I do see a populist movement working towards the legalization of psychedelics beyond medical use and up from the underground black market, similar to what we've seen from marijuana. However marijuana has much broader popular support. Psychedelic legalization won't necessarily be just a populist movement because it is influenced by the disillusionment of the benefits of prohibition by policy makers. I think forums like reddit will be instrumental in building support for the populist movement. Young people should not underestimate their ability to facilitate social change.

Hey Matt! If psychedelic research had not been shut down in the 1970s, and if the cultural crackdown had not taken place, I believe there is a very good chance that the United States would never have invaded Iraq and that the War on Drugs would have ended. The reason I say this is that the whole process of scapegoating and finding external enemies is in part because of our inability to handle our own flaws and imperfections, which we then project outward. Also, the process of dehumanization, the demonization of others, is reduced if we have a culture where spiritual experiences and a sense of unity are more widespread, and where we realize that we share more in common in other people than we have differences.

The UNESCO charter says, “Since wars begin in the minds of men, it is in the minds of men that the defenses of peace must be constructed.” I think the psychedelic mystical experience is one of the strongest defenses of peace that can be constructed. Albert Einstein said that the splitting of the atom changed everything but our mode of thinking, and that as we “drift toward unparalleled catastrophe,” what shall be required by mankind to survive is a whole new mode of thinking. This new mode of thinking is, I believe, a spiritual orientation.

For me personally, and for many others, psychedelics, more so than traditional religious rituals, have opened the door to spiritual experiences. I therefore think that if our culture had mainstreamed psychedelics in the 1970s rather than demonized them, 45 years later we would have am ore spiritual world, a more compassionate world, and would be dealing with the stresses of globalization in much healthier ways.

At the deepest, most complicated level, the octopus paper proved something intellectual but important about psychedelics: the common story of how psychedelics work may be incomplete.

Nowadays, when scientists look at why psychedelics work in the human brain, they use brain imaging studies to identify regions that are activated or dampened during psychedelic experiences. They then tell stories about what happens in, say, the parietal lobe or the nucleus accumbens.

I know I do this. When I talk about how MDMA works and I want to sound smart, I say MDMA quiets down the amygdala or the prefrontal cortex, the part of the brain involved in emotional responses such as fear and cognition.

Gül explains to me that this is not wrong, exactly. MDMA does do those things in humans. But octopuses don’t have an amygdala or prefrontal cortex. And since octopuses apparently “roll” just like ravers do, MDMA must do at least some of its work at the level of molecules. So referring to components of the brain’s structure, such as the “amygdala” or “default mode network,” might not be the best or most accurate—let alone only—way to describe how psychedelics work…

“It doesn’t have to do with my default mode network or my amygdala,” Gül says. “What I say is, psychedelics reopen critical periods, they make an old brain young again, they allow you to go back to that state where you’re receptive to the world like a child.”