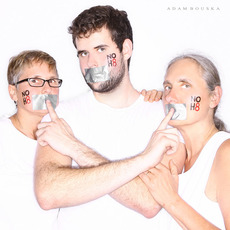 I am Zach "the kid from Iowa with two moms" Wahls, an advocate, published author, Redditor and, most recently, guest on the Daily Show with Jon Stewart. AMA

I am Zach Wahls, the guy who defended my two moms before the IA legislature. AMA.

He was absolutely amazing. 100% pure class. He came back stage to talk with me beforehand--none of the other hosts of any of the shows I've been on have done that. He came back again after the show to meet my moms and sister. Super friendly, super respectful. Further, he also read the entire book, which it turns out he does for 80-90% of his book guests, but, again, is highly unusual for hosts.

Everything I dreamed about and more.

And if you'd like a signed book, PM me. I'm working with a local independent book store in Iowa City to get them signed and shipped out.

Don't have any favorite actresses or anything, but Amateur Allure was the first site I followed on a regular basis. I've got a things for tall brunettes. Was all about the Asians when I was younger, but seem to have moved on.

Can't believe I just said that.

EDIT: What the hell. My moms bought me a subscription to Playboy when I was 16 at my request. Only rule? They got first dibs.

That would definitely be an AMAA.

No need to apologize, man. My grandma on short-mom's side is an 82-year old Polish-Catholic woman who refused to come to the wedding (Not just civil unions! Iowa represent.) in 2009. You've got to meet people where they are.

And I really don't hold anyone's religious beliefs against them, so long as they don't cause them to harm anyone. It'd be hard, but I like to think I'd break bread with Fred Phelps if he came a'knockin.

I don't get to spend nearly as much time as home as I used to. I've lost some friends, not because anything bad happened, but because I simply haven't been able to hang out with them. There's also a lot of responsibility and a lot of pressure to stay on the up and up so to speak, which isn't always easy when you're twenty years old. I've witnessed the difference that this story can make in people's lives though, and that totally makes it worth it. There's one exchange in particular that comes to mind. This is from an essay I wrote a few weeks ago:

This story takes place in early February of this year. I had woken up at 4:30 a.m. to catch the first flight out of Eastern Iowa so I could be in central Michigan for my talk that evening at a university out there. As far as talks go, it was a good one.

Good energy, great turnout—laughter at my jokes but solemn silence as I explained the struggles of early adolescence—a standing ovation when I finished. After the Q&A and after the mingling, there was only one person left: a young woman my age, who had waited patiently through it all. We’d exceeded our time limit in the auditorium, so we made our way to the lobby, and she explained that she had “recently come to terms with the fact that [she’s] a homosexual.” Now it was my turn to be shocked. I had never heard someone refer to herself like that. But I simply nodded.

She took a deep breath, trembling, trying to maintain her composure. “I always knew I had been different,” she said. “Since I was a little girl, even. And I thought for the longest time I’d never be able to have children—was told I couldn’t. But after listening to you tonight I...” she trailed off, looking away. I realize in retrospect that she simply couldn’t believe she was able to say she was about to tell me. “I can be a mom.” We hugged for a long time—I’ll never forget the look on her face.

I did practice beforehand. If you look carefully, you can actually see me set down my notes and start the timer on my ipod. That being said, what actually came out of my mouth was only about 70% of what was on the paper in front of me. More than "memorized," I knew what I wanted to say and had a couple lines locked away. The last line about the sexuality of my parents, for example, I knew was going to be my last line.

She's definitely successful, though we're fairly different. We both love history, comics, movies and ice cream, but she's waaay more artsy than me. She's an incredible drawer. I've actually linked some of her art earlier on my main Reddit account and r/trees seemed to like it. (Although we like everything.) She's a senior in high school now--I'm both proud and terrified--and trying to figure out college. Love her to death.

Thank you very much. My moms were/are absolutely incredible parents.

I went through three different drafts before I got to a set of themes/ideas I really liked. Whole process was about six hours. Practiced it to myself during the drive from Iowa City to Des Moines.

In some ways, though, I feel as though I had been preparing for that hearing my whole life. Dealing with my tall-mom's MS, Boy Scouts, being in speech and debate, etc. It all built up to that moment.

And from what I've been told, it's changed some minds. My favorite message thus far has been one I received from a guy just a few years older than me about to ship out to Afghanistan.

Verbatim: “man, i just watched your video on youtube. being from the south, the deep south, I have been raised ‘anti-gay.’ Pardon the slur. but that completely changed my view on the subject. Just amazing. Im leaving for the army in two weeks and was pretty upset about don’t ask don’t tell being repealed but again you changed my view on that. I just thought it would be nice for you to know you truley opened someones eyes. Thank you.”

Meeting Ellen DeGeneres was really cool, and she's a neat leady. Reading that message was better.

Thanks. It's crazy, because before all this happened, I'd never been an activist or anything. I volunteered for the Obama campaign because my then-girlfriend worked for them (Hipster Iowan: I supported Obama before it was cool.) but didn't work to protect the Iowa Supreme Court Justices back in '10 or anything.

A constitutional amendment being introduced, combined with the fact that this was at the tail end of that string of suicides by gay and lesbian kids, was a huge wake up call. I was nervous at first, but once you realize that you're there to defend your family, you find your voice pretty quick.

EDIT: Because it seems to be a big deal "then-girlfriend" is actually accurate. I'm single at the moment.

He's a seriously dedicated guy. You can tell he cares a lot about the show and puts in a lot of effort.