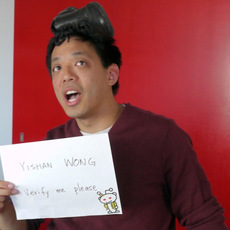 About
is the CEO of Reddit, a co-founder at Mountain View coworking space Sunfire Offices,and an advisor at Quora
Reddit AMA Stats
Tag Cloud
programmer, ceo

I am Yishan Wong, founder and CEO of Terraformation. I was previously CEO of Reddit. I’m here to talk about whatever you want. Ask Me Anything!

Hi, this is Yishan Wong. I was formerly the CEO of Reddit and now the founder/CEO of Terraformation.

This is no longer as big a problem as it used to be, due to ongoing declines in the price of solar. At prices as low 1.3 cents/kwh, it means that freshwater using solar desalination can be provided for as low as 17 cents per thousand-gallons (TG). Typical municipal water supplies in the US average around $1.50 per TG.

Previously, desalination was limited by the fact that it required expensive fossil fuels, leading to excessive emissions. The declining cost of solar means that the world can now produce arbitrarily large amounts of freshwater via RO desalination extremely economically. Further, solar desalination isn't subject to the solar intermittency problem*, which means we can leapfrog the transition to solar years ahead of residential/commercial applications because minimal battery storage costs are involved.

Finally, moving water is less expensive than one would expect. The main cost of moving water has to do with how far you LIFT it, not the horizontal distance (if you lift it, then it flows downwards as far as you want to - we have aquaduct networks in California that do this). Lifting water by pumping is also not subject to solar intermittency - you run the pump during the day when the sun is out, and store it in intermediate tanks - and so it benefits from the low cost of solar just like desalination.

Compare this to the plans required to trap captured carbon from direct air capture, which propose to build an enormous pipeline network to transport this captured carbon into rock formations - a mind-boggling undertaking, involving the construction of 110,000km of new pipelines - an "interstate CO2 highway system." If we think it's worthwhile to build a huge network of pipes to transport liquidifed CO2 into rock formations in the middle of the continent (seriously, go click on that link and look at the pipeline network it is contemplating), it would almost certainly be more affordable to build pipelines - or even open aquaducts, similar to ones that already exist in the Western US - to transport mere water for similar or smaller distances.

What this all means is that the declining cost of solar (on a per-kwh basis, it is now cheaper than the marginal cost of fossil fuels) makes freshwater scarcity a problem that will likely be completely resolved in the next 10-20 years, AND provides us with a sufficiently cheap supply of freshwater needed to irrigate otherwise arid land that can now support forest restoration, which is a safe, inexpensive, and scalable natural carbon capture solution.

* For lay readers: the solar intermittency problem refers to the idea that the sun doesn't shine all the time, so if you're trying to use solar for residential/commercial purposes, you need (relatively) expensive batteries to store it in so that you have power at night or on cloudy days. Solar panels are cheap, but batteries are still pretty expensive - one reason our transition to solar/wind is going so slowly. With desalination, you don't need to desalinate at night: you just do it during the day when the sun is out, and store the freshwater in tanks (so if you need water at night, it's there) - and tanks are a hell of a lot cheaper than batteries!

EDIT: One commonly-cited concern about desalination is the effluent (brine) that it produces. It turns out that this isn't as big a problem as commonly believed.

First, especially in the case of desalinating water for agricultural purposes, the brine you're discharging back into the ocean doesn't contain anything that wasn't there in the first place: you're taking salty water from the ocean, pulling some of the freshwater out, and putting what remains back. Chemical treatments to the water are actually done in the freshwater after it's been filtered out in order to make it potable for human use (e.g. chlorine, magnesium, etc), but that's not done with the discharge - the discharge is just "ocean water that we didn't want."

Practically speaking, there are a few ways of disposal, depending on your local conditions. The one thing you don't want to do is dump it just off the shoreline, because the increased salinity can be harmful to near-shore marine life. However, other solutions include:

Israel did extensive studies of the waters off their coasts precisely to evaluate the environmental impacts of discharge because they were concerned about this; from the study:

"Ultimately, the ecological damage caused by brines and desalination chemicals discharged into the Mediterranean appears to be extremely local in its dimensions and modest in magnitude. Moreover, the marine pollution experts at the Ministry of Environmental Protection observe that desalination actually cleans massive quantities of seawater, which it then releases, so some of the impact from brine discharges may not be negative at all."

(One other thing they observed when trying to determine "pollution impacts" was that a far larger problem was other sewage discharge into the nearby water, which would foul the seawater intakes for desalination; as far "things we're dumping into the sea," extra-salty water that we originally got from the sea itself is apparently not a major problem)

Finally, the perfection of affordable forward-osmosis processes will allow us to so significantly reduce effluent volumes (raising freshwater yield from ~50% to 98%+) to the point where the brine is so concentrated that it can be centrifuged into a salt "puck" with usable commercial applications. There's already a pilot plant in California's Central Valley that does this and the technology exists; it just needs to be made cheap enough.

Hi Arnold. Thanks for coming back.

I just want to mention that we have an opening for a full-time position on our community team.

We offer competitive salary and benefits, and one of our perks includes up to $500 reimbursable per year for gym memberships to encourage a healthy lifestyle. Under certain circumstances, you would also be authorized to wield the banhammer, although we have been especially impressed with your ability to resolve conflicts with well-chosen words.

We feel you would make a great addition to the team, and encourage you to apply for the position.

He faxed a copy of his birth certificate.

Although I am disappointed. There has been a severe drop in good content being submitted to that subreddit over the past few weeks.

Hey, I'm going to write a really detailed answer here but this is a placeholder while I write it; interspersed with writing shorter answers to other simple questions. Just want to let you know.

I've begun to converge on the idea that a good way to think of reddit is as a city-state. This is in contrast to how a lot of businesses think of themselves as e.g. money-making machines to be optimized and exploited, and customers to be cynically manipulated.

In particular, when answering the question, "what is reddit?" there are at least two answers that often arise. The first is "reddit-the-company," which is a legal entity responsible for maintaining and building the platform (servers, code). The second is "reddit-everything," which is both reddit-the-company, plus the community, their contributions, the brand, etc. This has a lot of similarities to a city-state. With a city, there is the legal framework and physical infrastructure, plus basic services. Then there are all the people who live in the city and form communities and institutions and culture and provide the real character of that city. The "City of San Francisco" is the legal entity, and then there is "San Francisco" that people think of when they say the name, with all the people and culture and institutions. Notably, the city-as-legal-entity does not own the people and communities. It may exercise jurisdictional power for purposes of maintaining civil order (e.g. police, fire, anti-spam), and there is a concept of eminent domain, but morally speaking the city exists to facilitate and steward the messy human goals of the people who live there. This is how I've come to think of reddit.

1) Community: I would like more people to be able to use reddit. reddit is great, and I think that with continually-improving community-management features, the proliferation of subreddits means that more people can find communities that they like on reddit and benefit from the general positive spirit that reddit has. It can be a city-state that is unbound by the geographical limits of real-life cities, and subreddits can do a lot to loosely link together many diverse communities and peoples.

I agree with our heretofore policy of non-interference except in exceptional cases where the greater reddit is threatened. It maps pretty well again to the analogy of a city-state: city administration does not interfere with peoples' private lives and their debates except insofar as to maintain civic order. Even usage of eminent domain is very controversial, so it's not done lightly. So I feel that we have two main goals:

2) Infrastructure: a key responsibility of reddit-the-company is to maintain a reliable, quick, and efficient infrastructure. We're the only ones who can, and ensuring that basic services run well is key to everything else.

3) Self-sustaining revenue. reddit has a number of promising revenue streams that can be responsibly scaled and there have been good ideas from both the community and team about other things we can do to monetize that are beneficial rather than extractive.

If you have a million people living in a city, no one says, "Hey, we have two million eyeballs, let's monetize by plastering every city surface with ads!" I don't have a personal objection to ads per se, but the problem of being reliant on advertising as our main revenue source is that you're always beholden to the people who pay you money, and if we (reddit-the-company) are beholden to outside advertisers, we may not be aligned with the interests of our users. The situation where your revenue comes from advertisers but you try to hold the line on what's best for your users is a tough situation to be in: there's constant tension and difficult tradeoffs - both Google and Facebook have this issue. I'd like for us to not have that issue.

I'd prefer for us to be "beholden" to our users. If we can have most of our revenue coming in from users - either in the form of paying for additional services we build or if most of our advertising comes from the community advertising to itself (e.g. self-serve) - then our interests will be more aligned, like a city-state is beholden to its taxpayers.

So, that's roughly a high-level conception of how I see reddit (managing a city, rather than a product), and what I believe that implies regarding our responsibilities in building that city.

Compared to companies that drive a similar amount of traffic: reddit is able to do so with far fewer employees and a lower cost basis.

Compared to companies with a similar number of employees: reddit drives way more traffic (well, maybe except for Instagram?) and has a much larger influence on the world.

Compared to companies of a similar age: Sometimes you need a 6-year window

That's not a question.