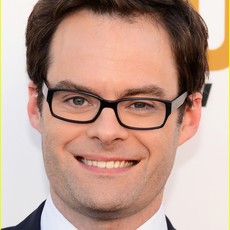 About
is an American comedic actor and writer best known for his roles as a cast member on Saturday Night Live (2002–2010), the title character of its spin-off film MacGruber, Paul L'Astnamé in 30 Rock, and David Grant in Nebraska.
Reddit AMA Stats
Tag Cloud
actor, comedic-actor

My name is Will Forte and I will answer ANYTHING you ask me.

My name is Will Forte and I will answer ANYTHING you ask me. Part 2.

All the free shit!

I am still very sorry about the cupcakes situation. I absolutely remember destroying them. I do not regret it though.

As for Clancy T. Bachleratt -- I don't even remember how we came up with that stuff. It just kinda happened. We originally tried to write a sketch using "model t cars, jars of beer, toddlers and spaceships" in existing songs like Kenny Loggins' Danger Zone but it would have been too expensive to produce so we just made up original songs. And Jonah Hill was really good about championing the sketch after the table read. Thanks for liking that one -- it's one of my favorites I ever got to do at SNL.

Sorry again about punching the cupcakes!

For my audition, I did Tim Calhoun, a speed reader, a prison guard that yelled at people and another thing I used to do at the Groundlings Theater (perhaps my favorite sketch I've ever done) called the Gold Man -- I'm one of those Gold Men on the streets that moves when people put money in their bowl -- I get my money stolen and then sing a sweet song about the hard life of a Gold Man that ends in the reveal that I suck cock for my facepaint. From there on out, most of the rest of the song is about cock and facepaint -- in fact, those are the only two words I use for the final two minutes of the song -- I must have sang the word cock like 200 times by the end of it. As I walked out of the audition, Lorne thanked me for coming and I shook his hand and said "Sorry for all the cocks." The next day, I found out I got the job. I guess it was the perfect amount of cocks!

Now I feel bad. You didn't deserve that. My favorite colour is green too

I don't know! Jorma, John and I have been crazy busy, but we're absolutely gonna write the shit out of that thing as soon as we have time. And we will start to have time in a few weeks. Thanks for your patience. Already have a great outline in the works.

You are a boobieaficianado of great taste and I appreciate the compliment and the support!

It's not a line, but I loved singing the song "O Holy Night" with Jenna dressed as the two black swans. So many amazing lines. That writing staff was amazing.