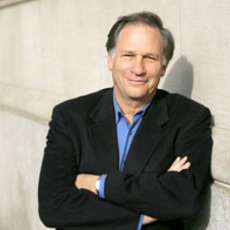 About
is an American radio and television journalist whose specialty is explaining complex topics in depth. He has worked as a full-time employee of ABC, CBS, National Public Radio, and Pacifica.
Reddit AMA Stats
Tag Cloud
television-journalist, radio, radio-host

We are Jad Abumrad and Robert Krulwich, together we host Radiolab - AMA!

we sang you happy birthday!

That'd be like giving up on your child. You cruel person.

It was a painful experience to be sure. We got a lot of criticism, we deserved much of that criticism, and we apologized on the website and the podcast. One of the things we learned from that experience, and our main point of that entire hour, was that there are often multiple truths in a a story and sometimes the emotional truths are the most powerful.

I'm not sure we make the distinction you're making. And if you look at the past few months, you see: a couple stories on particle physics, an extended treatment of epigenetics, a long story on prenatal ethics. In other words, science. but we've never claimed to be just a science show. We're interested in a lot of things, just like you. And anyway, science and scientists share the world we all share, fight for resources, suffer, compete, cheat. In a broad sense, all that is science too.

We absolutely stand by everything he's ever contributed to the show. Because of his situation, we've triple checked everything he said.

As for whether we'll have him on again: It's complicated. But what it comes down to for him, and for anyone, is...for what topic? If he's the best person to talk to, then yes.

Likening the situation to Mike Daisey is comparing apples and oranges. He didn't lie to us. Mike lied to TAL.

RK: Bringing a beam of light to a complete halt. And then moving it. That was boggling of mind.

we are secret admirers of the letter J. (though Jad is not secret about his J-o-phelia. That is why we'll soon be calling Dogs Jdogs. And blogs Blogjs.

RK: First off, Ira's show was, is, and has continued to be, a generation-definer. So many people who have become cultural icons, David Sadaris, Dave Eggers, Dan Savage, Sarah Vowell, and on and on and on, took big bows on his show...and the thing is, he noticed them early. That's a rare skill -- to display a generation as it's blossoming. That's one thing Ira did.

But then there are his editing skils...Like Jad, (but unlike Jad) he has created a mood, a tone that is distinct, artful, and very him. It's a subtle, subtle skill...(Jad is wondering what that means...it means two very sharp minds have created to very distinctly sharp sounds) Anyway, there's all that, and then there's the journalism, the breakthroughs in explanatory economic reporting, the investigative pieces about the Georgia judge, the Chicago guns...It's an amazing achievement, TAL is...and it's definitely our constant inspiration.

Theoretically...yes. The problem is that so often, when I use a bit of someone else's music in the show, it's been bent and twisted and torqued in so many ways that it's unrecognizable. and we're always so down to the wire with our deadlines that we never have time to reflect and make that list. but you're right, we should.

JA: that the truth of a person or a story or a moment is never simple

RK: the duet. this is the first time I've talked my stories in tandem with another person. and the music of it, the surprise of it, and the thrill of it never lessens.