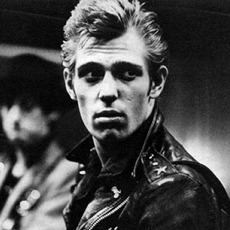 About
is an English musician and artist best known as the bass guitarist for punk rock band The Clash. More recent work includes his involvement in the project The Good, the Bad & the Queen in 2007 with Damon Albarn, Simon Tong and Tony Allen
Reddit AMA Stats
Tag Cloud
bass-guitarist, the-clash, musician

This is Mick and Paul from The Clash, Ask Us (Almost) Anything

Did you know in cyberspace that no one can hear you scream? - Mick

Number one rule of punk there are no rules - Paul

Number two you can do it yourself - Mick

I love about Joe about saving a guy drowning. Around the time we started hanging out together. That's just how he was. - Mick

We used to write, after the Clash, he used to come up to London and my place. Get a couple bottles of wine and we would lie on either side and spin music through the night. One of us one would fall asleep and the record was still spinning and the empty bottles of wine. Nice shared moments of shared music and just listening to music. We were listening to Lee Hazelwood, Reggae stuff, latin stuff... all sorts of stuff - Paul

I won ten pounds at an english school contest. - Paul

What did the big chimney say to the little chimney?

You are too young to smoke.

Needs 20 years to find that one - Mick

I like the Yea Yea Girls, a genre of French girl singers from the 60s. Surf music, I discovered a female surf. The Honeys. They were produced by Brian Wilson. Bollywood film music from the 60s. Spaggheti westerns.

The answer is no. We were gonna release an illuminated pamphlet.

We could do a Clash Lego building set.

We saw this thing in the paper, Thames if ever broke, central London would be under water. That was like the things in the song.

We did the video by the river, one of our road crew, he got annoyed about something, started throwing out stuff into the Thames. Probably still down there. In years to come, they are going to send divers for it.

Many years later, we were giving a demonstrations like the Tupac, but we saw Rodney Dangerfield, it was amazing. You couldn't tell. It was on a screen and you could interact it. We needed a camera, we needed it to do it on a boat. If we got an award it would be a hollogrammy! wink

Hamburg. The 2nd time we played, the audience were frozen the entire show. THe reason was because surrounding them was police with sub machine guns around the audience. Suddenly a human pyramid was created, guys that had come off a British Navy ship. To come see us. Cheering sailors and then the frozen crowd.

The Beatles played there too, John Lennon used to wear a toilet seat around him in performances.