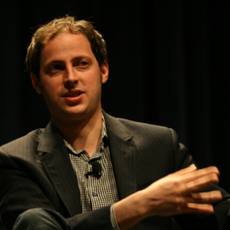 About
Silver first gained public recognition for developing PECOTA, a system for forecasting the performance and career development of Major League Baseball players, which he sold to and then managed for Baseball Prospectus from 2003 to 2009.
Reddit AMA Stats
Tag Cloud
sabermetrician, writer, statistician, psephologist

IAmA blogger for FiveThirtyEight at The New York Times. Ask me anything.

When I was in Mexico last week, I got recognized at the top of the Sun Pyramid at Teotihuacan, which I'm pretty sure really is a sign of the Apocalypse.

There are certainly cases where applying objective measures badly is worse than not applying them at all, and education may well be one of those.

In my job out of college as a consultant, one of my projects involved visiting public school classrooms in Ohio and talking to teachers, and their view was very much that teaching-to-the-test was constraining them in some unhelpful ways.

But this is another topic that requires a book- or thesis-length treatment to really evaluate properly. Maybe I'll write a book on it someday.

The irony is that of all college and professional sports, NCAA football is the one that might most necessitate a playoff because 12 games just isn't enough to tell you very much -- especially when many/most are played against mediocre competition. If instead a team needs to win 3 or 4 games against top-flight opponents to win the national championship, you can say with a bit more confidence that they're deserving.

It's a tricky problem, statistically. The issue is that while gun ownership rates could plausibly be a cause of fatal crimes and accidents, it can also be a reaction to it, i.e. people purchase guns because they feel unsafe.

I'm not saying that the issue is intrinsically inscrutable. But it's something that more requires a PhD-thesis-level treatment than a blog post to really add much insight, I think.

One of the things I'm trying to figure out is what range of topics to cover at 538. After the 2008 election, it became sort of a quantitatively-flavored politics blog, and I think that was something of a mistake. Some things, like cabinet nominations, really do requite careful reporting, and statistical analysis will provide a dollop of color commentary at best. On other days, the lead political story is just gossipy and stupid and isn't really newsworthy at all. So on a day like today, when the Chuck Hagel nomination is the major political story and that doesn't really play into our strengths, I'd rather write about something like baseball instead. The ambition is to expand 538 "horizontally" across topics, based on HOW we cover the news, rather than into the politics vertical, if that makes sense.

We're definitely overdue to do a couple of posts on same-sex marriage, however.

I use Stata for anything hardcore and Excel for the rest.

Overfitting, which I discuss quite extensively in my book, is a way more pernicious problem than most people realize.

Mostly from trying to win my fantasy baseball league and my NCAA tournament pool.

Perhaps I can convince Penguin that my next book should be a 256-taqueria burrito bracket with entries from all across the country.

I'd encourage you to read my book and ask whether she fairly interprets my hypothesis. I don't think she does. The financial crisis chapter is quite explicit about asserting that the credit ratings agencies were not just stupid, but also a bunch of dirty rotten scoundrels, so to speak. And the book is generally quite skeptical about the role played by "experts".