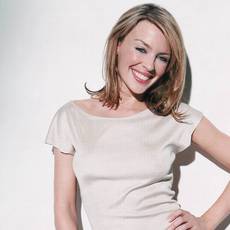 About
Kylie Ann Minogue, OBE, often known simply as Kylie, is an Australian singer, recording artist, songwriter and actress, working and living in London. After beginning her career as a child actress on Australian television, she achieved recognition through her role in the television soap opera Neighbours, before beginning her career as a recording artist in 1987.
Reddit AMA Stats
Tag Cloud
recording-artist, singer, songwriter

I am Kylie Minogue - AMAA!

Where would we be going?

Hmmm. I don't even know what Chuck-E-Cheese is?

Thank you, I loved being a part of Dr. Who. Astrid Peth was a great character and hey, since she did turn to stardust, maybe she's still around somewhere!

Sorry to disappoint, but nope.

I actually wrote a number of songs that expressed my feelings at that time. Most notably, the song called "No More Rain" [which I loved performing on the X 2008 tour ] - but it's true, not so many of them made the album. It was a time where I was trying to be positive and find a way out of the darkness, whilst accepting what I went through and what was still happening to me. So both types of songs were very important to me at the time. Thanks so much for the appreciation of X.

How diplomatic do I have to be?

The best part was learning some martial arts with Benny Urquidez. It was a crazy trip of an experience. And not one that's at the top of my resume, but one that I'm always asked about nonetheless.

I used to have a few, I couldn't stand it when my dresser wouldn't have my shoes in the right alignment, when they would reverse them so the left was on the right on the floor. Stupid little thing, but it would drive me crazy. I would also never put my costume until my tour manager called 20 minutes to showtime down the corridor. These days I've tried to let go of superstitions. We do one thing which is more of a tradition than a superstition, which is a little nip of scotch with my dressing room team.

I don't know if anyone "plans" to become a gay icon. I sure didn't. It was an organic love story!

I was lucky enough to be raised open-minded and the LGBT community was always a part of my work and my world. And I started working very young, so it was totally normal to me.

Good question. Who knows. Of course I would love to duet with the icon herself. Let's see what happens.