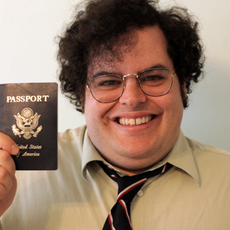 About
is an American film, television, and stage actor known for playing Skip Eldrich Jr. on 1600 Penn and Elder Arnold Cunningham in the Broadway musical The Book of Mormon and the role of Ryan Church in the television series Back to You
Reddit AMA Stats
Tag Cloud
television, film, actor

We are Ashton Kutcher and Josh Gad from JOBS. AUAA!

A: I lost count after 5 billion.

A: Tesla YES. But what I really want is the Hyperloop.

A: Teetering on the precipice of Android. But still addicted to iOS.

A: That is very sweet. I hope you enjoy the film. It's a big responsibility anytime you are representing anybody other than yourself. And when you represent someone so many people admire, the responsibility gets even bigger.

It was scary but most of the good things in life come from taking on the things that scare you.

A: The most interesting thing that we learned... that I learned was Steve Jobs' perspective on education and that the greatest education that you can have is a set of diverse life experiences.

J: And with reference to Steve Wozniak, I was fascinated to learn that after he completed his tasks at Apple he went on to a career in education. And he devoted a couple of years to actually teaching because his father had told him that the greatest contributors to the world are teachers.

A: I think education is the biggest problem around the world right now.

A: I gotta say Boogie Nights.