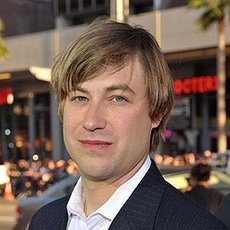 About
is an American film director and screenwriter from Concord, North Carolina. In 2006 he directed, co-wrote, co-produced, and co-starred in his first film The Foot Fist Way, which he based on his experience as a Taekwondo black belt and instructor.
Reddit AMA Stats
Tag Cloud
screenwriter, film-director

We are Danny McBride and Jody Hill of Eastbound and Down. Ask Us Anything.

One of the best times I've ever had making a movie. Kind of hard not to have fun with that crew. Anything Craig Robinson says makes me laugh. I think Channing Tatum is most like his character.

dude's booty is made of gold.

Thank you, thank you. The right crowd is the only crowd I care about. The rest can suck it. Suck them plums. Thanks for watching.

that was Jody. Mine was my dad.

all the pots. all the days.

that was channing tatum all the time.

They're both pretty lame dudes.

We have a zero tolerance policy. If the kids or their parents aren't cool with what we do then they can't work on the show. Not trying to be dicks or anything, but we put it out there so we don't have to watch our mouths at all. You'd be surprised at how cool most people are.