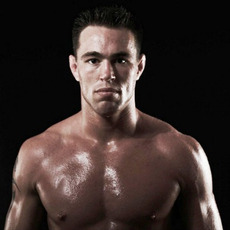 About
Jake Shields is an American mixed martial artist, fighting in the welterweight division of the Ultimate Fighting Championship. He was the last Rumble on the Rock 175 lb champion, the only Elite XC Welterweight Champion, a former Shooto Welterweight Champion and former Strikeforce Middleweight Champion.
Reddit AMA Stats
Tag Cloud
fighting, ufc, mixed-martial-artist

I am UFC #7 ranked fighter Jake Shields. I consider myself a dedicated father, loyal teammate, and lifelong martial artist. AMA.

Everyone I hear from says he is an asshole to train with. As far as the sex parties go I wouldn't know because professional athletes never have wild sex parties like you describe :)

I think marijuana should not be classified as a banned substance.

It was insane walking out to 60k+ canadians booing me. It was a great experience though and am grateful to have been part of a history making fight card and it was fun finally fighting GSP.

TRT allowed a lot of a grey area. The ban needed to be done.

Ive done this 30-something times now so I want to say im getting used to it but you never do. I usually just relax, hang out with my friends and family and try not to get anxious. Head to the arena a few hours before and warm up about an hour before. This is when true focus starts to set in and I get serious. Its funny but I am always more nervous when I corner a teammate then when I fight myself.

Yeah Joe is a cool guy. I would definitely do a show if asked.

I didnt even realize I had been knocked down until reporters started asking questions at the press conference. After the first round I remember my corner telling me I had just slipped. I didn't realize how hard I had been hit until I watched it a week later. The H-bomb is no joke lol