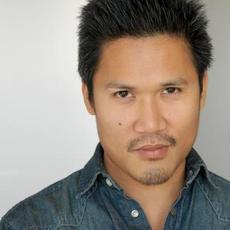 yo, i just peeked over to the emmy rossum ama and there was a question about me having a crush on her at the top of the list!!!! i'm a little embarrassed now!!! what the hell you guys, you're blowing up my sh*t... you're going to wreck my rep...

i'm embarrassed this came up during your ama... it came up in conversation in my ama... ummm... i'm a fan of your work, i think you're an amazing actress and singer. Steve Howey is a buddy of mine, I love Shameless... I'm rambling on... I hope we get to work together someday... -Dante

believe it or not... i've never saw it! i had lunch with mike and bryan, the creators of avatar... they told me to never see it! hahaha... i don't know, i'm still curious. i think i should get together with some fans, either in real life or online and watch it together...

i can't believe i'm doing this at the same time as emmy rossum... i mean, she happens to be my celebrity crush...hahaha...

ummm... hello, zuko here... j/k. here we go... yeah, a lot of "honor," jokes... especially online. more "rufio" chants in the streets... but i dig the "honor" thing, I mean its a cool word and good thing to have, it's a little weird thing when someone comes up to you in the streets and yells honor... i'm sure to people around us, they think were crazy. i do find myself snapping pics of myself next to anything that says the word, though...

more than i would actually think it's possible... i mean, all the cartoons i grew up watching... i don't think i would recognize anyone's voice outside of optimus prime's!

but a lot of people come up ask me... i mean, once i was even ordering a latte at starbucks and the checkout girl had her head in the register and when i placed my order, she looked up quick and said, "you're prince zuko!"

it was like a thick cream... yes edible, and colored with food coloring. everyone talks about that scene and how fun it looked, but if you remember, i was being all sour during that scene and arguing, my whole memory of shooting that scene was i was in a bad mood and i had to argue with robin, who was improving the whole time, just killing it... it just wasn't as enjoyable for me as it was for you...

now i have to think of a good question!

mako played my father or uncle several times in my career, i got to know him pretty well over the years, he seemed to be a mentor type figure in my professional life... just to talk to him and here his stories. it truly has been an honor to work with him. actually after he passed, which was emotional for myself and the whole avatar crew, he remains as an inspiration. he helped me understand i'm apart of this lineage of asian american actors, he really help to inspire me to create kinetic films... see he started one of the longest running asian american theatre company's, east west players, here in los angeles.

i like the episode when zuko goes on a date... different color for him...