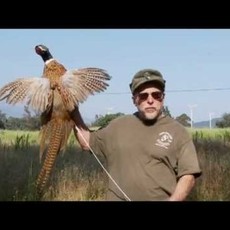 About
is an American taxidermist and owner of Ojai Valley Taxidermy in California. A commercial for Testa's business created by Rhett and Link for the show Commercial Kings became a viral video, and the catchphrase "Nope, Chuck Testa!" became an internet meme.
Reddit AMA Stats
Tag Cloud
meme, taxidermist

more internet interest than business for sure

i have to say that I was recently asked to do a human rib bone, as well as 2 human fingers and in the animal world I mounted a two headed calf

I hate to do this to you but NOPE... Naaa that was Rhett and Links idea and it worked out really well for me

Yes to a limited extent, but I am still getting fan calls all the time, so I'd say more fans than customers

It was great fun. They treated me like a family member and they are so creative it's amazing. Nothing up right now with them but they call from time to time with ideas

I have the whole story on my website, about ordering the bird kit from a magazine, but I stopped doing pets because they are a specialty niche, there is too much sadness associated with it and the customers are often disappointed as there pets look different than they need them to. All in all a lose lose situation