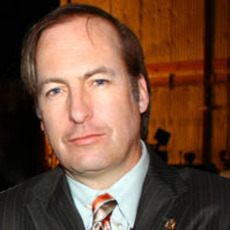 About
is an American actor, comedian, writer, director and producer. He is best known as the co-creator and co-star of the HBO sketch comedy series Mr. Show with Bob and David and for his recurring roles on Breaking Bad and The Larry Sanders Show.
Reddit AMA Stats
Tag Cloud
breaking-bad, comedian, actor

I am Bob Odenkirk author of A Load of Hooey AMA

Bob Odenkirk and The Birthday Boys here; Ask us anything!

I am Bob Odenkirk. Let's Do Me!

We are David Cross, Bob Odenkirk and Brian Posehn of MR SHOW. AUA!

The question I was responding to, "Bob are you going to call Saul?" was deleted. But here's my answer. What? What does that mean? The character of Saul Goodman is made-up. You can't call that character. He doesn't exist. I can't call him either. He was created by Vince Gilligan and Peter Gould as part of the story of "Breaking Bad", a show that played on AMC networks in America and has since had great success as a DVD series and on the streaming service of Netflix. A wonderful show. But none of it actually happened, and none of the characters exists in actuality. Calling any of them would be a ridiculous time-waster and neither you, nor I, must waste precious time doing so. I have written a book entitled "A Load of Hooey". It's filled with short comic pieces, some that appeared in magazines, and it's fun reading if you have a strong stomach for blue language and confrontational comic concepts. Thanks for the query!

Chicago. More options, more places to practice in different modes of comedy. Get there. Now. Also, don't write half-hour specs. Write original comedy to start and get it ONSTAGE. Go take classes and perform at Annoyance Theatre, UCB, Second City, ImprovOlympic. Also, do stand up at alternative spaces. Get to work

Hi! Thank you! BETTER CALL SAUL season 3 is just wrapping filming. I finished up on Friday last week! It comes out April 10. VERY SORRY ABOUT THE WAIT, everyone. But the writers needed a break this year, they were exhausted. So, they took a month or so off, and then we had the holiday break during filming, so...we're a few weeks later in premiering, but I promise it's GREAT STUFF! I can't wait, myself!

Good question. Hmmmmm (me, thinking) What about "to Kill A Mockingbird" and I get to be a far more conflicted Atticus Finch? Or the Maltese Falcon, only with a twist - it's a chocolate Santa instead of a falcon - something worth killing someone for.

Yeah, it could happen. Are you suggesting I start being funny? I get it. No...but seriously, you could. It would help an awful lot to have that self-awareness in it. Now...a "showbiz" career...like, full on - move to LA and dig in..? I don't think so. It takes years to establish yourself here. BUT if you just wanted to write funny stuff and find somewhere to put it up, you could do that and you could develop if you had an open mind and approached it seriously. But not too seriously, it's friggin comedy

I am ridiculously lucky to be included in Breaking Bad, a truly amazing show. I'm just glad I'm not fucking it up for everyone. When people think my presence actually helps the show, well, that's just "honey on a walnut" to me...is that the phrase?...no, wait, now I got it, that's just "an altoid on a pretzel" to me. It's a good thing.

GRANT! U.S. Grant (Hiram Ulysses Grant was his true name). I have been messing with an idea for a screenplay about the man. I quiet, unassuming fellow who was passed over for years by everyone around him (nickname "Useless") but in the end he drove it home and saved our beautiful republic.