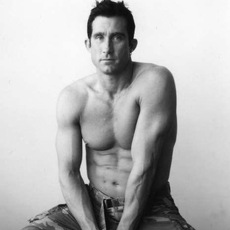 I honestly do not know how to answer that at all.

Unless you tell me what areas you want advice in the best advice I can give any guy is to be really into her. Make lots of eye contact. Don't give her the impression you'd stick it in anything with a hole. But look at her like she is all that you want at that very moment.

If you are a smaller guy down there, this advice comes from one of my best friends who is a little under average but is quite the ladies man, never ever say sorry during sex. Or fumble nervously. You have to have confidence. If you are not that endowed don't dread the big reveal, pretend like its 13 inches.

One of the girls i worked with recently posted on twitter "i finally got to take a shit after the last time you fucked me in the ass." that's just the character of the girls. So it never ruins the mood if you have to go to the bathroom.

As for me personally, since you're fishing for a story, I body build, and if you do so yourself, or you have ever had a roomate who is a body builder you will know that because of what we eat, and all those squats and hard rock buns come with a price. We tend to destroy toilets.

There was one video I did where I did take a bathroom break and i took so long and it was so noisey that everyone on set started writing notes and passing them under the door. I had eaten McDonalds the day before on my cheat day so all the notes where McDonald's related.

Like "Mmm I want to watch you Grimmace" or "Ronald watches you when you poop."

There was a lot going on politically though with Cal Osha doing raids and AIM was being reformed and a few veterans had started setting up cousneling for the girls and therapy sessions. So I got in when the industry was starting to be more regulated and more money and investment was coming into the business.

It's gone up and down since then. The sex was awesome in the beginning because I was doing something out of the ordinary that a lot of guys dream of. But after awhile it started to feel like a job.

The girls it's mixed. When i first started there where a lot of the leftover girls from the early 90s that didn't seem like they where into it. The guys where big jerks too. I became popular fast because I always tried to be nice and talk to the girls first and they weren't used to that. In the 2000's though the girls for the most part had way better attitudes.

Part of the reason I came so much was that this was my first time with a female director. The director was Suze Randall and no she is not hot, and she is very old, but having sex with a hot woman in front of a much much older woman was at that time something really kinky. It was like having sex in front of the old lady across the street. There's no way to explain all this without sounding like a big ass pervert but when you do porn, the more you do particular things the more boring and routine they become. So anytime you can try something new or be in a new situation or do something slightly fucked up or kinky it's like doing it for the first time all over again. This does not mean i want to bang grandmas but being directed by a mature woman was something I had never done before then and it was so weird that it got me pretty excited. That and of course Anais was gorgeous. We dated for about a minute. She's very hot but very closed off and too bossy for my tastes. She definitely had a diva complex

Her mom told her I was in jail for most of her life. Then changed her story to me being a pimp. When I got to meet my daughter though she knew me as a security gaurd.

As we started hanging out more in public she started to get suspicious because people would come up to me and ask for a picture or autograph and I would tell her it was because I was in an old commercial and used to yell out hey I'm with my kid before they'd say anything. But she is in JR High and some boys at her school told her what I did. I am pretty sure she has no seen porn because her computer has been blocked from all that but you never know. She thinks its cool but I don't think she knows what it is really yet. There are actually a lot of us out there with kids and she has 3 close girlfriends around her age who all are in the same position she is in. And they have a tight group.

There is this big black guy named Tyrun (that's how its spelled but he pronounces it Tyrone) in my complex who says stuff like that to me and announces me whenever i come out into the spa or pool area. Doesn't get old.