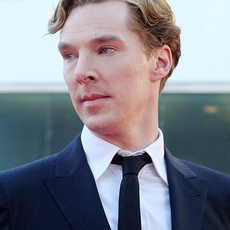 I Am Benedict Cumberbatch. AMA.

I cry myself to sleep at night. And then wake up laughing.

Ted Danson at a pre-Oscar party screaming across a floor of people like Leonardo DiCaprio, Ray Liotta, Kristen Stewart, Kirsten Dunst, et al while pushing past them and knocking their drinks. "OH MY GOD! OH MY GOD! IT'S FUCKING SHERLOCK HOLMES!"

Only if you get me a billboard slot in Times Square.

With my left foot.

You can't imagine fame. You can only ever see it from an outsider and comment on it with the rueful wisdom of a non participant. When it happens to you, it doesn't matter what age or how, it is a very steep learning curve. The imprtanot thing to realize in all of it is that life is short, to protect the ones you love, and not expose yourself to too much abuse or narcissistic reflection gazing and move on. If fame affords me the type of ability to do the kind of work I'm being offered, who am I to complain about the downsides. It's all relative. And this are obviously very high class problems. The way privacy becomes an every shrinking island is inevitable but also manageable and it doesn't necessary have to get that way...

Yes, of course it did. To have the man you are about to portray ask you intelligently and politely not to do it gave me real cause for concern, however, it galvanized me into addressing why I was doing this movie. He accuses me of being a "hired gun" as if I am an easily bought cypher for right wing propaganda. Not only do I NOT operate in a moral vacuum but this was not a pay day for me at all. I've worked far less hard for more financial reward. This project was important to me because of the integrity I wanted to bring to provocative difficult but ultimately timely and a truly important figure of our modern times. The idea of making a movie about someone who so far removed from my likeness or situation who brought about an ideal through personal sacrifice that has changed the way we view both social media, the power of the individual to have a voice in that space, and be able to question both the hypocrisies and wrongdoings of organizations and bodies of powerful people that rule our lives... This resonated deeply with my beliefs in civil liberty, a healthy democracy, and the human rights of both communities and individuals to question those in authority. I believe that the film, quite clearly, illuminates the great successes of wikileaks and its extraordinary founder Julians Assange. As well as, examining the personalities involved and what become a dysfunctional relationship within that organization. While the legacy of his actions and the organizations continue to evolve and only history will be the true judge of where this is leading us. The Fifth Estate is a powerful, if dramatized, entry point for a discussion about this extraordinary lurch forward in our society. I wanted to create a three dimensional portrait of a man far more maligned in the tabloid press than he is in our film to remind people that he is not just the weird, white haired Australian dude wanted in Sweden, hiding in an embassy behind Harrods. But a true force to be reckoned with, achieved the realization of the great ideal. I'm proud to be involved in tackling such a contentious character and script. There is only personal truth in my opinion, and the film should provoke debate and not consensus. It should be enjoyable and ultimately empowering to realize that Julian has spearheaded a movement that is the foundations stone of The Fifth Estate, people journalism and what that is capable of including finding out the "truth" for yourself.

Phenomenal. Why does Matt have the hammer? Sure it's the wrong household tool? Shouldn't it be a sonic toothbrush with a screwdriver on the end of it? And what's Simon Pegg doing staring at my abundant locks? And where's his right hand?

Thank you. I learned from the master, Martin Freeman.