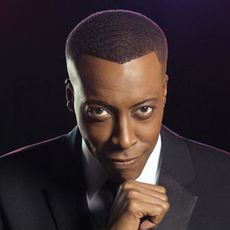 About
is an American actor, comedian and current talk show host. He is best known for hosting The Arsenio Hall Show a late-night talk show that ran from 1989 until 1994, as well as its successor of the same name, which began in September 2013.
Reddit AMA Stats
Tag Cloud
talk-show, comedian, actor

I am Arsenio Hall. Talk show host, actor, comedian. Ask me anything!

Murphy and I have always thought we shouldn't mess with perfection. That's why they're not making a sequel to Gigli.

I'm proud of my performance as Louie Anderson. I had to gain 160 pounds that morning on the Paula Deen diet. She kept calling me names and I stress ate.

It's a laserdisc special feature.

It's 'woof woof woof' which came from the Cleveland Browns. Most people are embarrassed to be from Cleveland. But not me.

Yes. Shout out to R-Patz.

Yes, absolutely. Of all the black artists I broke, I'm most proud of Trisha Yearwood and Billy Ray Cyrus and I plan on doing more of that.

It was a flawless impression. My cousin thought I was back on air already.

He's coming on the show. Thanks for helping me preproduce that interview.

(My PR people are pissed I just typed that.)

Trying to get Hill-dawg on the tables. Wait till you hear her scratch.