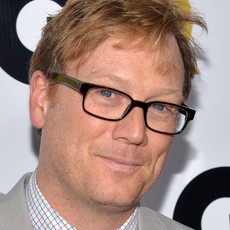 About
Andrew "Andy" Daly is an American actor, comedian, and writer who is best known for playing Principal Terrence Cutler in the HBO comedy series Eastbound & Down. He is currently starring in the Comedy Central series Review. He is also noted for his two seasons as a cast member on Mad TV and for his recurring roles on television programs such as The Life and Times of Tim, Delocated, and Comedy Bang! Bang!.
Reddit AMA Stats
Tag Cloud
comedian, actor

Hello! It's me, Andy Daly from television. You may know me from Eastbound & Down or Reno 911 or Comedy Central’s Review, which airs tonight at 10/9c. I’m here to answer your questions!

Okay I am ready to issue my review of doing an AMA: It is always a pleasure to hear from people who know and like my work. I don't think I got one rude question in fact. And most of them were thoughtful and interesting. I regret not making more jokes but I was mainly interested in addressing as many questions as possible and jokes, while funny, take more time than simply telling the truth. I am slightly concerned that I was boring and, as I always am when it comes to the internet, I'm a little queasy about the permanence of this session. I also knocked over a glass of water mid way through this and while that's hardly the fault of the AMA, it has diminished the experience. I am now quite thirsty. All in all, I give this 4 out of 5 stars and I will certainly do it again.

Scott, Jason and I fully intend to finish what was started in the Gil & Golly episode. I'd look for it this summer!

Honestly, the original intention was to get Forrest out of his marriage early so we could see him explore more sexual encounters! But once we started writing, he found that the real benefit of doing the divorce so early was seeing these two characters continue to interact after that massive event.

I ate the equivalent of about 1 pancake, spitting the rest into a bucket. But I probably drank about a gallon of Aunt Jemima and I kind of still taste it.

It's hard to say. I was able to do these 8 bc I had a pocket of time where I was contractually prevented from doing much else! That may well happen again. Lord knows it was fun. The annoying answer is I just don't know.

I have no steam! Fuck you for asking!!