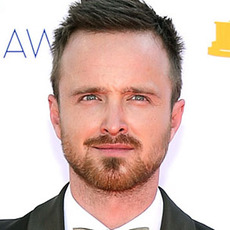 About
is an American actor. After appearing in American television shows, including a recurring role on the HBO series Big Love, Paul came to prominence in 2008 for his critically acclaimed role as Jesse Pinkman in Breaking Bad
Reddit AMA Stats
Tag Cloud
actor, breaking-bad

I am Aaron Paul, AMA

What's up, Reddit?! It's Aaron Paul - back for my second AMA.

Yeah… you know, Woody really wanted me to bring up this film "Rampart". He wanted me to focus, really, on this project.

Do not mention Rampart.

Crabcakes and football? That sounds awesome.

Yeah of course! I'm such a huge fan of Better Call Saul, and of course everyone behind the show. So, who knows?

Well, actually, I do know, but you'll have to watch and see. But yeah, I'd absolutely be opened to it and we have discussed the possibility.

HA! I love you for asking that. They tried to kick me out because I was standing up and dancing and at the O2 Arena if you're in the stands you have to be seated. The very next day I went to the concert and convinced everyone in my row and the row in front of us to stand and dance during a song and it created a wave like affect. Everyone was dancing and they couldn't stop us all. So fuck you O2 Arena!

Oh my god! I have no idea. That's the first time I noticed that. But bravo bitch for pointing out the butt plugs. I'm sure that was a joke from our brilliant set decorators. But happy to know that butt plugs were full effect on Breaking Bad.

You know — thanks for saying that, first of all — and yes, my wife is just so unbelievably perfect in my eyes. I'd say, for any words of advice to a married couple: don't treat it like a marriage, treat it like a brand new relationship. Stay in the honeymoon phase. Any time I go to a wedding, I always write a little note and slip it to someone and say "never forget the moment that you realized, and don't take it for granted". You two obviously fell in love for a reason, so hold onto that. Keep that magic very much alive.

That first moment I met her, I was just so drawn in by her. She, of course, had a boyfriend. She was taken, and so we became friends. We were friends for exactly a year. I fell in love with her pretty much instantly, but you know... I was in the "friend zone."

Yeah, it was awesome!

hey bitch. anything other than breaking bad...I would say Its Always Sunny in Philadelphia, or Game of Thrones, or House of Cards. They are so badass and addicting.

My career would be over. And I would be a sobbing mess watching week to week on Breaking Bad.

Oh it's great! What's up u/Dandeloin?

I love voice acting, because normally I look like shit, and so I can go into work and not have to deal with the whole make-up of it all... trying to make me look somewhat presentable. So I can go to work in my pajamas, and hang out. I can read my lines rather than memorize them.

Thank you so much for watching BoJack, I'm super proud of that show. I've been a part of that show since the birth of it. It was really a 6, 7 page spec treatment. They approached me to voice in it, and also help develop the show with them. So I signed on as a producer. Super proud of the show. Yeah I love it. It's a lot of fun.