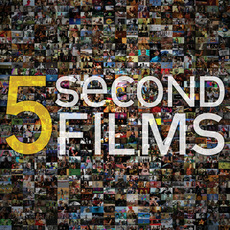 About
5-Second Films or 5 Second Films or simply 5SF is an American film group and website that develops and produces an online comedy web series of five-second long short films as well as a series of long films that have been viewed over 115 million times on YouTube.
Reddit AMA Stats
Tag Cloud
youtube, videos

We are the filmmakers behind 5secondfilms.com AMA! or rather "Ask Us Anything!"

We are 5secondfilms and we are about to make a 5,400-second feature film! Ask us anything!

Nope. Truth is, Vine is still very different from us. Beyond that, we think what it enables its users to do is pretty cool. Actually, when Vine first came out and launched a six-second film competition at Tribeca this year, we were asked to be the judges. We had a great time, and a lot of the content we saw was insanely good! And that's what we love to see. I imagine 5SF and Vine will continue to coexist without the world exploding. (DKH)

No, it actually helped us with some real street cred. We've been doing this since 2007. When Vine came out (2014) we saw a HUGE spike in our traffic because all the tech blogs were commenting "this is just a rip off of 5sf" and everyone else was like "who the fuck is 5sf?" and googled us haha. We got some love and we were even asked to be interview on CNN! Plus that year Time listed us as "one of the best websites of 2013!" Also if Vine really wanted to screw us they would have made it 5-seconds. I feel it was a subtle nod that we existed. In the end it's a good thing, it allows everyone to be a filmmaker, you shoot, you edit, you upload to the world. Short storytelling is fun. (MR)

Fun fact: I fucking ruined that door by doing that 20 times (since no one, including me, could stop laughing). (BF)

The film in question. Also you can hear Dan, who shot it, busting up the immediate moment after Brian says "Nesquik" (MR)

Watch their fame rise to unbelievable heights, as they rack up 2.4 million subscribers, gain upwards of 300 million page views, do a series of ads for McDonalds, Motorola and the 3DS, and sign a first-look deal with Paramount worth $12 million.

I think rape jokes aren't really funny. Unless, of course, they are done with a good spin like Getting Laid or Banishment. But everything should be on the table for comedy, no matter what someone is going to be offended, I think a good comedian has to be capable of having a sympathetic heart. (MR)