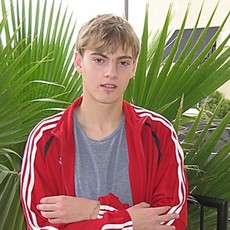 About
is a science and education activist from Louisiana.
Reddit AMA Stats
Tag Cloud
activist

IAmA winner of the Hugh M. Hefner First Amendment Award and lead the repeal of Louisiana’s creationism law with the support of 78 Nobel laureates. I’ve also worked on the connection between creationism and school voucher programs. AMA about thes...

We are Zack Kopplin and the Texas Freedom Network. Ask us anything about fighting creationism!

I believe Bobby Jindal understands evolution, it's an insult to his professors at Brown and Oxford to say he doesn't.

But it's useful to pander in Louisiana.

The inside baseball on this, is yes, some people are unhappy with him because of me, but honestly it doesn't matter. He's going to support me because not teaching creationism is the right thing to do and he's my dad.

Thanks and thanks for what you're doing.

Essentially none. In Louisiana, the Superintendent who is under is our creationist governor's thumb is allowed to ignore any rules he wants. So far he has ignored all measures about curriculum accountability.

It's not reform when you're teaching creationism with public money though.

Since I'm not a scientist professionally, I refer them to the scientific evidence. I give them links to understanding evolution, or the national center for science education, or Ken Miller's blog.

Generally I try to tailor it to what they're specifically asking. Mainly it's for lurkers, while I may never change the person I'm arguing with's mind, I might influence people watching the debate. I just try and be as polite as I can. I'll give them the evidence, if they don't like it, that's for them to figure out.

Sadly, yes. And they're powerful.

I'm not sure why there aren't government agencies, though I imagine it might have something to do with some people having a limited government ideology.

On a more serious note, that would be the courts, but that is a long slow painful process.