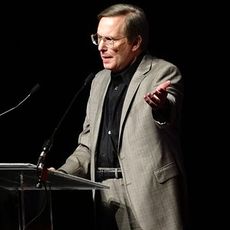 About
best known for directing The French Connection in 1971 and The Exorcist in 1973; for the former, he won the Academy Award for Best Director.
Reddit AMA Stats
Tag Cloud
film-producer, screenwriter, film-director

It was my idea. It was very risky and I would never do it again.

Personally, I admire the films of Paul Thomas Anderson and the Coen Brothers. I think they're very intelligent. A lot of their work has extended the possibilities of cinema.

I haven't seen all of them. But the few minutes of each that I have managed to see seem to me to be awful ripoffs.

I had no idea. This has been exaggerated to the point of absurdity. There are strange things that happen on the set of every film... sometimes, even in your own workplace or home! I don't remember any incidents that were unusual. The one thing that did happen is that the entire set burned down one day. It took us almost 3 months to re-build it.

I would sometimes have the prop man fire blanks off the set to get a sudden reaction from the actors. This was originally done by the great American director George Stevens on his film, The Diary of Anne Frank to provoke a sense of fear in his actors, who were supposed to be hearing the Nazi sirens. There were, of course, no Nazi sirens on the set of the movie. When I heard about this technique, I thought it would produce similar results on a number of films I made. It's of course very difficult to say to an actor, "Now you are looking at the face of the demon" and expect him or her to be frightened, when he or she is in fact looking at the face of a 12 year old girl in makeup. The unexpected sound of a gun helps to produce the desired response.

Before I saw Citizen Kane when I was 20, I had no particular idea of what I wanted to do. I barely graduated high school and never went to university. My career has come about as a result of ambition, luck and the grace of God. Notice I didn't mention "talent".

His agent suggested him just before we started shooting the film, but he wasn't my first choice. He had mostly played supporting roles at the time, so I didn't think of him. But he turned out to be great in The French Connection and many other movies. I consider him a gift from the movie gods.

Really, for all filmmakers. The limited scope of the kind of films that can be made

When I started making films in the 60s and 70s, it was a much more personal cinema than it is now. The american film is, for the most part, adapted from comic books and video games now. Not exclusively, but for the most part.

There was more of a variety of films being made in the 70s and there was less competition from other media- but today there's enormous competition.

The filmmaking of the 70s were really based on literature and the life experience of the filmmaker- and today, there's still adaptations of the classics- but for the most part, it seems like they're based on comic book ideas and video games- but it's not a criticism!