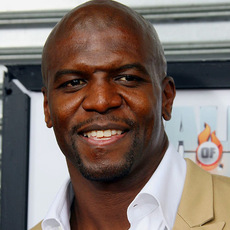 About
best known for playing Julius on the UPN/CW sitcom Everybody Hates Chris and his appearances in Old Spice commercials, as well as roles in films like Friday After Next, White Chicks, Idiocracy, and The Expendables.
Reddit AMA Stats
Tag Cloud
actor, athlete, nfl

I am Terry Crews - AMA

Yes! I am good friends with Isaiah!

What people have to understand about the Old Spice ads is that Isaiah is for the ladies.

Isaiah is for the women who buy Old Spice for their men. And the guy'll say "Get me some deodorant" and the women will say "Oh yeah, that's the man YOUR man can smell like!" That's Isaiah you know?

But what you gotta understand is that Terry Crews is for the GUYS.

I'm saying Hey, you, you stink! You need to shave. You need to get your thing together! I yell at 'em! I scream at 'em! In the commercials, I punch people! And sometimes women might be like "Oh, this is a little too much." But the guys get it! They're like "You're right, I need to do something." So guys respond to aggressive advertising.

So the genius of Wieden + Kennedy is that they recognize both segments.

And the world will EXPLODE when we do something together.

Can I tell you something about Andy?

Andy Samberg basically is the glue. He is the guy who makes this show go. And I'm gonna tell you why: he is so selfless. He makes sure that ALL of us are included in everything. It could easily become the 'Andy Samberg show' but he didn't want it that way. He recognizes the talent that's in each and every one of us that it's very humbling, really.

People don't understand how hard comedy is. And it's funny, because he'll GIVE us jokes while we're there. He'll hand us things, he'll tell me to go here, do this, and the man knows his stuff. And Andre and I will just sit there sometimes and wonder, because here's a guy who's new to TV in a lot of ways - he did SNL, but acting as a character, it's shocking how great he is. But Andy is my man, and he is the funniest guy on Brooklyn Nine-Nine, bar none. I call him my little brother, cuz I feel like he is my little brother.

Yes. It has to feel good. I tell people this a lot - go to the gym, and just sit there, and read a magazine, and then go home. And do this every day.

Go to the gym, don't even work out. Just GO. Because the habit of going to the gym is more important than the work out. Because it doesn't matter what you do. You can have fun - but as long as you're having fun, you continue to do it.

But what happens is you get a trainer, your whole body is sore, you can't feel your legs, and you're not coming back the next day - you might not come back for a year!

I worked my way up to 2 hours a day. I ENJOY my workouts. They are my peace, my joy - I get my whole head together! I value that time more than my shower! And it really gets me together. But it's a habit.

There are times when - I'm not even kidding - there are times when I"m in the middle of a work out, and actually woke up because i am so engrained with going to the gym and being there - it's that much of a habit to me. The first thing I do in the morning is work out - I lay out my workout clothes the night before, and just hop in 'em.

So lay out your clothes, and go to the gym, and relax.

But sooner or later, you WILL work out.

Wow. It's definitely different. I remember shaking every hand and taking every picture, then seeing my wife and kids sad because I was out with them, but spent no time with them. I had to set boundaries. I love being famous and all the fans, but my wife and kids need Terry the husband, Terry the Dad. Terry the Star has no place at home.

I constantly get out of my comfort zone. Looking cool is the easiest way to mediocrity. The coolest guy in my high school ended up working at a car wash. Once you push yourself into something new, and whole new world of opportunities opens up. But you might get hurt. In fact you WILL get hurt. But amazingly when you heal-- you are somewhere youve never been.

1.) Wow, okay. You know what? Football is football. It's gotta be dangerous. If you take the danger out of football, it's not football anymore, it's beach volleyball - nothing against that. But there's a pride that came that knowing I existed on that field and lasted. You are a warrior. You don't want to go to war, and have nobody shoot you. You want to be in the thick of it, and test yourself. That's what the NFL is all about. In regards to safety, it's all technique. If you see something that's dangerous, that is really life threatening on the field, you are witnessing terrible technique from SOMEONE - putting a head down, trying to steer someone, back in the day, when I first started, there were guys who would leave sharp edges on certain pads so they would cut people. It's weird because all this stuff is about that one little thing that gets you over - but if you play with integrity like 99% of the players in the NFL, nobody is aiming for knees or anything, you don't have time for that. You're just tackling! I don't know anybody who aimed to break someone's neck. But with technique, you can do it all. I got knocked out on Monday Night Football, and that was all through bad technique. So technique is key to safety.

2.) Wow! Um... I think a lot of that responsibility is on the player. Lemme tell you something: I'm gonna go deeper right now.

When you're talking about an athlete, an athlete tends to become his wins and what I mean by that is - when they WIN a lot, and are successful, they tend to believe they are better than everyone else, okay?

So the rules don't apply.

And now, you're worse than everyone.

Once you're on the downswing, they don't want you anymore. A lot of problems that involve NFL athletes are psychological, more than they are physical.

When you are losing, you are lower than low. I have had friends in the NFL who have killed themselves, literally. And played with guys who committed suicide because they are not playing anymore.

And what you need to know is that NOTHING that you've ever done - nothing that anyone could ever say to you, or whatever career you've had - can EVER DIMINISH YOUR WORTH as a human being.

So what happens is when you win it's a great day, and when you lose, you'll come back tomorrow. So the big deal, with most athletes, is having a right psychology of knowing that they're priceless, regardless of whether they win or lose.

HAHAHA! Can i break it down for that too?

A lot of people have been saying "Hey, another clip show, what's the big deal?"

The big deal is that this is for FAMILIES. If you look at it, what we do is basically clean up YouTube, so you don't have to. You can have a 4 year old watching right along with your grandma, and you're all laughing together.

That's what the WHOLE thing is. Because lemme tell you - I tried to watch YouTube with my kids, and then all of a sudden, some strange video will pop out of nowhere, and let me tell you - the evening's OVER.

Have you over had a friend send you something, and you wish you could unseen it? Let me tell you - I unfollow people, because I"m like "What in the world - how did this end up on my feed?!"

I'd get scared if I were to watch the internet with my family. But this show makes it palatable for every member, and you can watch and enjoy it together. Adam Sandler hit me up after the second episode, and he said "I watched this show with my kids, and we laughed our butts off." So that's what my mission is.

I'm waiting for the pick up- but I'm happy! I can't wait to do some more. You never run out of fails, that's for real. Hahaha!

I jam my ass off in the car.

Lemme tell you something - when I'm in a car, the beats are flying, I'm singing! Because people think when me and Jimmy Fallon did our lip-synch duet, I would sing Ebony & Ivory in the DRIVE! I would sing Luther Vandross to Beyonce, then I'm rapping along to Kanye. My car is my concert hall, OKAY?

My kids even know that! They'll be like "Stop already!" Because once I get going, I won't stop.

You know? The Wayans Brothers basically put that song in the movie, and I practiced that thing non-stop for probably... a month. I mean, I had all kinds of renditions, I had different moves I was doing, and let me tell you - one thing that people don't know, is that when we shot that scene, I did that in one take.

Because I was SO READY TO DO IT.

It was like... It's finally here, I've done it so many ways and it was so comfortable. We asked Kenan, and he said "Dude, you can't get any better than that. That's it." and they were all just cracking up, just bawling out, they didn't know what was coming! And when I did it, they just DIED.

And that scene, and that moment, changed my life forever.

And that's for real.

Because I remember feeling the confidence that I was funny, and that I could just be ME, and people would like me.

There's nothing like people accepting you for being yourself.

It changed me forever.

Because so many times you're scared, you think that people will laugh at you, judge you or mock you, and I learned to just go with my flow, and it's never led me wrong - not once.

I used to breakdance back in high school. I had no girlfriend, so I would spent hours in my room dancing by myself. The robot was the BEST because it was like an illusion. An you didn't need a partner. Lonely nights make the best robots.