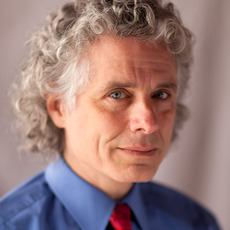 I am Steve Pinker, a cognitive psychologist at Harvard. Ask me anything.

Quite the opposite -- I find a naturalistic understanding of human nature to be indispensable to leading a wise and mature life, and it is often exhilarating. Wisdom consists in appreciating the preciousness and finiteness of our own existence, and therefore not squandering it; of being cognizant of what makes people everywhere tick, and therefore enhancing happiness and minimizing suffering; of being alert to limitations and flaws in our own judgments and decisions and passions, and thereby doing our best to circumvent them. The exhilaration comes from understanding that we are a part of natural world; that deep mysteries can be explained; and that the world -- including our own mental lives -- can be intelligible, rather than a source of superstition and ignorance. Yes, mortality sucks, but given that it exists, I'd rather know that than be kept in a childlike state of delusion.

I'd have to single out language. Here we all are, banging at keyboards and reading squiggles on screens, and somehow we're exchanging ideas about consciousness, hunter-gatherer societies, rape, the meaning of life, and hair-care products (I'll get to that). Of course we're using written language, not to mention computer technology and the internet, but we could be having the same conversation at a bar, dinner table or seminar room, so it's language itself that is the astounding phenomenon.

Q1: It's the "moralistic fallacy," the idea that we should shape the facts in such a way as to point to the most morally desirable consequences. In the case of rape, the fear was that if rape has a sexual motive, then it would be natural, hence good; and instinctive, hence unavoidable. Since rape is bad and ought to be stamped out, it cannot come from "natural" sexual motives. My own view is that these are non-sequiturs -- rape is horrific no matter what its motives are, and we know that rates of rape can be reduced (in Better Angels I assemble statistics that US rates of rape are down by almost 80% since their peak). One surprise that I experienced upon re-reading Susan Brownmiller's 1975 book "Against Our Will," which originated the rape-is-about-power-not-sex doctrine, is that idea was a very tiny part of the book, thrown in almost as an afterthought (Brownmiller said she got the idea from one of her Marxist professors). Most of the book is a brilliant account of the history of rape, its treatment by the legal system, its depiction in literature and film, the experience of being raped and reporting it, and other topics. It's also written with great style, clarity, and erudition. Though I disagree with that one idea, I would recommend it as one of the best and most important books on violence I have read. Q2: There do appear to be some small sex differences in the tails of the distributions of spatial and abstract mathematical ability, though I think they play a far smaller role in observed sex imbalances in STEM occupations than differences in interests and life priorities (among male-female differences). There are also female-unfriendly STEM subcultures that have made talented women uncomfortable, compared to the alternatives available to them. I don't think we have any way to weight the relative influences of all these factors. Q3: It's possible, but I don't think that evolutionary theory predicts that they should occur. It's hard to think of an environment in which the human hallmarks of intelligence, sociality, and language would NOT be adaptive, which is why, as Ambrose Bierce put it, our species has infested the whole habitable earth and Canada. Intelligence just isn't particularly dependent on geography. Combine that with gene flow and you can't predict a priori that there ought to be race differences.

It depends on what you mean by "consciousness" -- the word can refer to accessibility of information to reflection, decision-making, and language processes in the brain (sometimes called the "easy problem of consciousness" -- a bit of a joke, because there's nothing easy about it); or it can refer to phenomenal awareness, subjectivity, the fact that it "feels like something" to be awake and aware (the so-called "hard problem of consciousness -- though a better term might be the "strange problem of consciousness). I think we're well on the way to solving the so-called easy problem -- there are neurophysiological phenomena, such as connectivity to the frontal lobes and periodic brain activity in certain frequency bands, that correlate well with accessible information, and there are good functional/evolutionary accounts (related to "blackboard" or "global workspace" computational architectures) that explain why the brain might be organized into two pools of information processing. As for the strange problem of consciousness -- whether the red that I see is the same as the red that you see; whether there could be a "zombie" that is indistinguishable from you and me but not conscious of anything; whether an upload of the state of my brain to the cloud would feel anything -- I suspect the answer is "never," since these conundra may be artifacts of human intuition. Our best science tells us that subjectivity arises from certain kinds of information-processing in the brain, but why, intuitively, that should be the case is as puzzling to us as the paradoxes of quantum mechanics, relativity, and other problems that are far from everyday intuition. [Sorry for the long answer, but that's one of the deepest questions in all of human knowledge!]

It was a joke! Canada is cold! I say this as a proud Canadian.

The OSU political scientist (and, coincidentally, Fred Astaire expert) John Mueller, on the history and politics of war. The Tufts linguist Ray Jackendoff, on language and cognition. The U Penn psychologist Philip Tetlock, on the psychology of taboo, and the limitations of expert prediction. The philosopher and novelist Rebecca Goldstein (disclosure: we are married). The UCLA anthropologist Alan Fiske, on the nature of human relationships and cross-cultural variation in them. The Cambridge U historical criminologist Manuel Eisner. The UCSB psychologist Leda Cosmides and the UCSB anthropologist John Tooby. The Northwestern U scholar of medicine, sexuality, and other topics Alice Dreger. I could go on ... we are living in a golden age of brilliant minds.

My claim wasn't about hunter-gatherer societies specifically, but about traditional societies that live in a state of anarchy, specifically, not under the control of a centralized state. Thus I present data from h-g societies, and separately data from hunter-horticulturalists and other tribal groups. Most of them have rates of rates of violence that are high by the standards of modern states. I presented every quantitative estimate I could find in the literature; the low end of the range extends to rates of death in warfare of 0, but the high end includes societies in which a quarter to a half of the men are killed by others. The average across all estimates is way higher than for state societies in the 20th century. As far as I can tell, this conclusion is not controversial among anthropologists who care about numbers, and have examined quantitative data on per-capita rates of violence in different societies. It is blazingly controversial among non-quantitative anthropologists, though the objections are often political and moral rather than empirical -- namely that it is harmful to non-state peoples to depict them as having high rates of violence, since it would make it easier to justify exploiting or oppressing them. My own view is that none of us should sign on to the bogus implication that IF a traditional people has high rates of violence THEN it would be OK to exploit them. People are what they are; all societies have violence, even if rates differ, and needless to say it is never justified to exploit or oppress people.

It's a fascinating theory, which was explicated even before Diamond by my friend Thomas Sowell, the economist who wrote a trilogy of books on culture. The most interesting claim is that societies advance technologically, culturally, and (I would add) morally when they sit in a wide catchment area for innovations -- crossroads, trading routes, ports, cities. No one is smart enough to invent anything worthwhile on his or her own; we need to skim and combine and collect the greatest hits from a huge pool of potential innovators. It's cosmopolitan cities like London, Amsterdam, Paris, and Boston that allowed democracy and Enlightenment ideas to flourish; conversely, remote and insular societies tend to live by codes of tribal loyalty and blood revenge.

Quite the contrary! Whatever differences exist are statistical and small, and tell us nothing about an individual. And it would be unethical and wasteful not to encourage every person, regardless of gender (or any other irrelevant factor) to pursue her or his talents to the utmost.