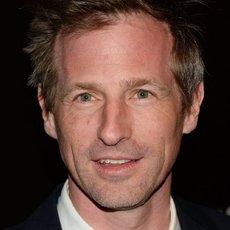 Well, Major, I am very very honored to be part of your first date and first kiss. Your comment literally makes me well up. Thank you for sharing it.

Someone asked and deleted their comment "If you had a portal into someone else's head ala Being John Malkovich, whose head would you choose and why? Also, what was it like directing Nicholas Cage in Adaptation?"

I am curious what it would be like inside George W. Bush's head. I find him kind of sweet and sad. Have you seen his paintings? 15 minutes would probably be enough though.

You know what was wild about working with Nic on that movie, was that he just gave himself over completely. I asked him when we I asked him when we were in rehearsal how he liked to work and how he liked to be directed and he said, completely genuinely, "I want to work however you work." And he said that he was there to learn new ways of doing stuff and he completely gave himself over to the movie and we spent 3 weeks rehearsing the characters, just the two of us, where I would be Donald and he would be Charlie, and we'd improvise a scene together. And then do the same scene where he would be Donald and I would be Charlie. And we created the characters that way, and the relationship with the brothers through making up scenarios as simple as Charlie coming home and Donald is giving him a message of someone who had called, and how they would relate in even a simple scenario like that, and what might annoy Charlie about Donald, or what might endear Charlie to Donald, for example.

But I can't give you any more detail involving my time traveling.

Someone asked about the making of the "Praise You" video and the prep that went into it, they deleted their question but they asked what inspired it or something, so here's my answer:

The love of dance. And wanting to share it with as many people in front of the movie theater as possible.

I most certainly will.

thank you n0obie. I don't know what to say other than you're very kind and you should have a perfect day.

Can I have a question for the reddit people? Why do you guys think all the discussions and comments and responses on this website are so much more thoughtful and civilized than the average comment online?

D.A.F.T. was a collection of music videos from their first album, and I directed the first video from that album, and it was "Da Funk." And it was amazing because when I met them, they were probably 22 years old, they made the album in their bedroom (their first album was "Homework"), and they just were so fully formed and knew who they were. They knew they didn't want to sign a major label deal that gave away all their rights to a major corporation. They have always kept control and the rights to everything they've ever done, and followed just what interested them. They are very genuine and sweet men, and obviously musical geniuses.

I think the way we approached in writing it and working on it with Joaquin and Scarlett was to not differentiate her feelings from our feelings. We tried to approach her as her own fully sentient and conscious being with her own sets of needs and insecurities and doubts as you were saying. The obvious difference is that she doesn't have a physical form. And we explore the complications of that. And also, I was exploring the idea of how you don't really know what exactly she is, and can Joaquin / Theodore give himself over to that. And how that's similar to how we don't fully ever know how anyone exactly sees the world from their own subjective view, and the people we're closest to have their own experience of the world that we'll never truly know. And thank you for your thoughtful question.