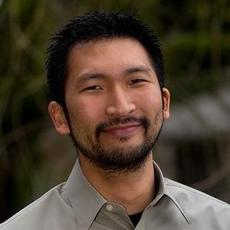 About
is the "President of Operations and Business Development" of Penny Arcade, but is also referenced as the "Business Manager" for the company and the Show Director for PAX, the largest consumer gaming show in the United States.
Reddit AMA Stats
Tag Cloud
videogames, arcade

I'm Robert Khoo. The guy that runs the business side of Penny Arcade.

Has Jamie from CP reached out yet? I'll send her a note right now. :)

ads embedded in the text of the newsposts

product placement in the comic

all sorts of stupid shit.

The logistics of this in the winter proved to be challenging, but it is actually happening fairly soon. More info to come.

Answers to the initial set of questions:

1. When you first joined up with Jerry and Mike did you feel like a third wheel? How long was it until you felt like you were part of the team.

Since Mike/Jerry serve a VERY different function than I do (even from the beginning), there's never really been that mentality. It's not like I'm in there trying to write comics with them - I handle the business stuff, which they were more than happy to get help with.

2. What's the process for developing a new venture at PA? I'm thinking specifically of PATV. How do you consider if it's a good idea for the company? Or is it more throw it at the wall and see if it sticks?

The way we look at Penny Arcade is servicing a very specific group of people, specifically really intelligent and sophisticated gamers (the average age of our reader is actually 28 - so many are actually parents as well). The big question we always ask ourselves is if what we're doing adds value to those folks. Whether it's the comic, merchandise, PAX, the scholarship or even Child's Play, it's all about providing that core group of folks what they want. My specific role is to take the lead on something until it's stable and then to bring folks on board to take it over (and further than I could).

Advertising is the highest margin piece of business we have, but we've diversified pretty well to the point where if ads dried up, we could theoretically survive just fine.

4. Do you like it when you show up in a strip? Do you ever fear things you've said in the office ending up in the next comic?

Haha, I don't mind showing up in comics (although Mike's interpretation of me changes each and every time), and on the whole, no. I have nothing to hide. What I say is what I say.

5. What are your personal goals for PA in the coming year?

I actually can't answer this. We're doing something that is KIND OF A BIG DEAL in February. Probably the biggest move we've made since PAX. SORRY. I AM A BAD PERSON.

The only real heads up I got on the Ocean Marketing stuff was Mike forwarding the emails as they were coming in for my entertainment... and then at some point Mike realized other people should hear about it. I prepare myself by... apparently sitting there with an excel sheet recording data off google analytics.

I wake up in cold sweats. Even worse is the guy that holds the door at the convention center. Seriously I am effed up the a.

We have that flag framed in our office. Thank you. :)

Hah, when I'm done with Penny Arcade, I promise you there will be a book.

Yes, but ultimately they know what I already know. There isn't anything they can offer me that would compel me to leave.

I can honestly say it's being able to build and run a company in a way that I always thought companies SHOULD be run. We have no outside investors. We don't bend to client pressure. Our only responsibility is to our readers. Being able to make business decisions each and every day with absolute clarity is something I think every business guy would be envious of.