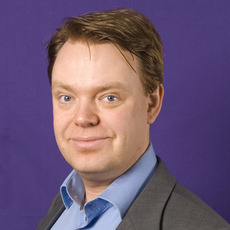 About
is a Swedish IT entrepreneur known as the founder and first party leader of the Swedish Pirate Party. He is currently a political evangelist with the party, spreading the ideas across the world.
Reddit AMA Stats
Tag Cloud
entrepreneur, political-evangelist, pirate-party

I'm Rick Falkvinge, founder of the first Pirate Party and subsequent author of "Swarmwise: the tactical manual to changing the world". AMA.

Is anything happening with an appeal for the #spectrial miscarriage-of-justice to European courts, either the EU Court of Justice or the ECHR?

This is a very good question - thanks for asking it!

The more I look at patent monopolies and copyright monopolies and their respective effects, the more I dislike them. The effect always turns out to be the strong opposite to the one claimed (i.e., the framework does not protect the creator/inventor at all, but only the big incumbents who can afford a bigger lawsuit war chest).

If I were to write the law entirely myself for a small nation, I'd scrap both of them completely and set up a research/creativity haven. In some 15-20 years, practically all patents monopolies filed in other countries would be a result of research in that country, as - this is important to get - research would not be illegal there.

However, I'm not writing the law myself so it's important to be realistic. Shorter-term, I think copyright monopoly law can be scaled back to cover a commercial-only monopoly of 20 years from publication with DRM banned as fraud. When I say "commercial-only", I mean that noncommercial sharing of knowledge and culture should be not just legal, but encouraged.

To somebody in the U.S., this may sound politically impossible, but that exact reform is gaining steam in the European Parliament with one party group now having adopted it wholesale.

You can read more about that proposal in the book The Case For Copyright Reform by myself and my colleague Christian Engström, who is a Member of European Parliament.

(Patents should still go, though, but it takes longer to explain why to the public at large: unlike with the copyright monopolies, they are not as directly affected - unless you count the millions in the third world who die due to lack of medicine, but they never counted in Western policymaking, sadly)

People and industries that, for some reason, don't like when everybody has the power to speak and express themselves freely without centralized control. (EDIT/ADD: Looking at history, this has always been the key to power - the ability to speak and reach a large audience; the ability to interpret reality. It's basically the #1 power from which all other powers stem.)

This particularly includes the copyright industry, the cable TV industry, the telco industry, and every politician that has ever wanted to control public opinion.

In general, the incumbent industries that claim to embrace the internet are not to be trusted on that matter.

In general, my views and values have stayed the same (defend freedoms of speech, expression, assembly, and the press; defend the right and duty to share culture and knowledge) but the urgency of defending them has increased with the backlash from the establishment against their loss of power.

I've also come to start favoring a Universal Basic Income as a replacement for all current social safety nets.

But most importantly, I've grown increasingly cynical about the way the world works, the deeper I have gone down the rabbit hole. In essence, the big incumbent economic interests are writing our laws, and I didn't think it was that bad.

We need to return power to the people. In order to be able to do that, we need to defend the freedoms of speech, opinion, and assembly provided by a free, untracked, and uncensored net.

I originally went all in at $7, went out at the same price on the way down, and went back all in at about $3. I've done extensive (bad) trading, and don't have my entire initial position, and far from enough to make me financially independent, but still a substantial amount (more than a year's average net pay, to give a ballpark number).

I'm currently all in.

I don't, but I'll make a note to write an article about it and ping you when I've done so.

When did you realize you were homo-, bi- or heterosexual? It's an orientation, not something you choose.

I have never been jealous, and I have never understood the sentiment. If I would go out with my gf some night, and she'd meet a man while we were at a party together and go home with him, and come back by lunchtime the next day - she'd be shining happy as the sun itself. Assuming I care about her and love her, I absolutely enjoy when she's happy. I don't see a problem. I see reasons to celebrate that somebody I care about is happy. (Note that this is not a theoretical scenario; this has happened.)

It was much later in life that I learned that most people react with resentment that their loved one is happy in this situation, and I have never been able to relate to this, only to learn it at a purely rational level.

When I was living with one of my serious exes a while back, an ex who was equally polyamorous, we'd sometimes bring home one night stands and sleep in the guest room with them. When she did so, and I fixed breakfast the next morning for the three of us, the guy she'd brought home (being introduced to me as the bf she lived with) was almost always unable to deal with the situation as I happily made breakfast for all of us. They just didn't know how to act or react, they had never been in that situation, they were utterly confused. It was hilarious. :)

One of the worst humanitarian disasters in policymaking of the 20th century. You'd think people learned something from the U.S. Prohibition of alcohol.

A history professor somewhere in my information flow said that it's easy to predict the future - it's only a matter of looking at what mistakes people have always made and predict they'll keep being repeated over and over.

To wit, look at when coffee was banned in Sweden and was claimed to be a gateway drug to heavier drug use [in this case alcohol].

Three, but still a major achievement.

I was in Reykjavik for the election party - I always try to be present when the movement expects a major victory, just to re-live that amazing election victory night of 2009 when we were elected to the European Parliament. (Seriously, it was the memory of a lifetime. That's a cliché, but that night lives up to it.)

I had a couple of beers with the Icelandic crew, did a writeup on the victory in the night, and went back to my hotel extremely happy.

The election night was a serious cliffhanger - the party failed a technical threshold right after I had fallen asleep that night, going from three to zero seats, and came back on the right side of that technicality just before I woke back up. So I had been happily asleep while all the nail biting had taken place, and my victory article turned out to be far premature, but correct in the end anyway. :)

Iceland was a great case of getting elected on the national level. Meeting the future MPs before their election was equally great.