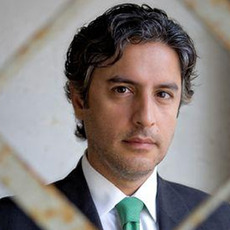 I am author and scholar of religions Reza Aslan. I'm here to answer your questions about God, Jesus, Easter and anything else on your mind. AMA!

Outside of the Bible there is almost no trace whatsoever of the historical Jesus. However, in 94AD (60 years after Jesus died) a Jewish historian named Josephus casually mentions him.

In a brief throwaway passage in the Antiquities, Josephus writes of a fiendish Jewish high priest named Ananus who, after the death of the Roman governor Festus, unlawfully condemned a certain “James, the brother of Jesus, the one they call messiah,” to stoning for transgression of the law. The passage moves on to relate what happened to Ananus after the new governor, Albinus, finally arrived in Jerusalem. Fleeting and dismissive as this allusion may be (the phrase “the one they call messiah” is clearly meant to express derision), it nevertheless contains enormous significance for those searching for any sign of the historical Jesus. In a society without surnames, a common name like James required a specific appellation—a place of birth or a father’s name—to distinguish it from all the other men named James roaming around Palestine (hence, Jesus of Nazareth). In this case, James’ appellative was provided by his fraternal connection to someone with whom Josephus assumes his audience would be familiar. The passage proves not only that “Jesus, the one they call messiah” probably existed, but that by the year 94 C.E., when the Antiquities was written, he was widely recognized as the founder of a new and enduring movement.

That's pretty much all we have but it is significant.

I think the Buddha said it right: If you want to draw water you do not dig six one foot wells. You dig one six foot well. Islam is my six foot well. I like the symbols and metaphors it uses to describe the relationship between God and humanity. But I recognize that the water I am drawing is the same water that every other well around me is drawing. And no matter the well, the water is just as sweet!

When you are a brown Muslim man from Iran talking about Jesus you must always remain calm :)

I had some indication of what was about to happen from the attack piece they did on me a few days before the interview. I assumed that we would deal with that at first and then move on to the book. It was only about half way thru that realized what was happening.

Look when you are a brown man on TV talking about Jesus you must ALWAYS KEEP CALM.

It is had not to scream JIHAD every few minutes.

I'd rather sit on REDDIT for two hours then at Fox News for 2 minutes.

Perhaps it's partly a result of monotheism. After all if you believe there is only one God then you could easily believe that there is only one path to that one God, that there is only one myth to describe God. That means all other paths/myths are not just wrong, they are ANTI GOD. They are evil and demonic. But the truth is that Judaism, Christianity, and Islam are providing similar answers to the same questions of ultimate concern. They are just using different sets of symbols and metaphors to do so.