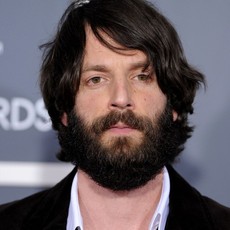 About
Raymond "Ray" Charles Jack LaMontagne is an American singer-songwriter. LaMontagne has released four studio albums, Trouble, Till the Sun Turns Black, Gossip in the Grain and God Willin' & the Creek Don't Rise. He was born in New Hampshire and was inspired to create music after hearing an album by Stephen Stills. Critics have compared LaMontagne's music to that of Otis Redding, The Band, Van Morrison, Nick Drake and Tim Buckley.
Reddit AMA Stats
Tag Cloud
singer-songwriter

I am Ray LaMontagne, my new album Supernova is out today. AMA!

She did, it was sweet. She really liked the song and took it the way it was meant to be - as an homage to her and Jack.

Raising two boys to young manhood, who are healthy and happy and well-adjusted young men.

Inspiration for Trouble was really more an exercise in the writing process. I was trying to emulate early 60s soul songs that were very simple in structure, simple and direct in the lyric, but somehow they're really effective. Even though if you take them apart, there's not a lot of parts, there's something so effective. They seem to last forever. I was trying to write one of those kind of songs.

I'm apprenticing as a blacksmith. I built my own shop and spent a lot of time in there working on colonial ironwork. I find that it clears my head.

If I weren't making music for a living, I would be working with a timber framer building barns.

I love winter. It's quiet and beautiful and still.

I love to go to the coast in Maine, up near Accadia National Park. It's beautiful, very spiritual place.

I've learned to let them do their own thing. If you try in any way to control the audience's night, it's like swimming upstream. You're just making it harder for yourself.

To me, the night belongs to the audience. They paid a lot of money to come to the show. If they want to scream and chat, it's completely up to them. It's their night.

Pancho and Lefty by Townes Vans Zandt. I saw Townes in Minnesota when I was about 20 yrs old and was just floored by his songs, floored by his performance. As a budding songwriter I was trying to write a song like that. Without copying him or imitating him, but trying to capture that essence of a very cinematic story that leaves enough holes within the narrative to engage the imagination of the listener and allow the listener to fill in the blanks. I think the best songs are like that. They leave room for your imagination.