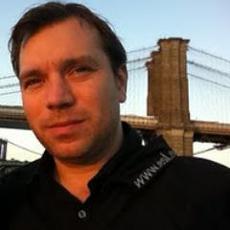 I AM Ralf Reichert CEO of Turtle Entertainment (ESL) AMA

We just employed Saturn and Jupiter, he has to wait

Hehe I am asking myslef the same question every second day. There are two reasons. Number one legacy code, number two priorities (we did the matchmakings first Versus, A-Series). But it needs to be done...

Hey KingJah, the impression seems to be that we clear a rather big backlog which is actually not true. The backlog is/was recently around 100k Euro, in 2012 I think we payed out 1.3 Million Euro. So we were barelay 1,5 month behind looking at the total sum. And we opayed out more than 12 Million since we started.

To make it clear I am not saying at all that paying late is okay, just trying to put that in the right perspective.

Coming back to the question there are no guarantees, but I can ensure you its our TOP 1 priority company wide as the feedback from the community was and is pretty clear and we have improved our process and will be better at coping with paying out large amounts of money and to large amounts of people going forward.