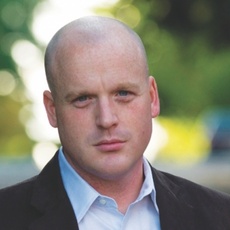 I am Radley Balko, writer and investigative journalist for the Huffington Post, and author of the new book "Rise of the Warrior Cop: The Militarization of America's Police Forces." Ask me anything.

I think they're a wonderful idea. And I think the criticism from Bloomberg, king of the New York surveillance state, that body cams somehow violate the civil rights of police officers is absolutely absurd. Even for him. It's also pretty revealing of how Bloomberg views the relationship between the citizen and the state. I've talked to plenty of cops who welcome body cameras, dash cameras, and citizens recording them. They say that sort of monitoring is more likely to clear them of false charges than catch them doing something wrong. Mostly because they don't consider themselves officers who intentionally violate the law.

That said, I think we need to make sure that these cameras are functioning properly, and can't be tampered with. I think I'd also support a law stating that if dash or body camera footage goes missing, the courts should presume that the defendant's account of events is correct. (Absent other evidence, of course.) I've seen far too many incidents in which one, or even several, such cameras have conveniently "malfunctioned" at critical times.

Unfortunately, there really isn't much you can do when it happens. You should watch some of the various "know your rights" videos (I suggest anything done by Flex Your Rights), and become familiar with what you need to say and do to preserve your ability to sue at a later date. But there really just isn't anything I can think of that you can do to prevent an illegal arrest as it's happening. The other guy has the gun, and that's really all that matters.

More broadly, though, I think it's a good idea for state legislatures to pass laws making it clear that there is a First Amendment right to record on-duty cops in public. More importantly, such laws should have an enforcement mechanism -- a clear cause of action for wrongful arrests. Under qualified immunity, it can be difficult to sue a police officer even if he arrests you illegally. An explicit law from the legislature can remedy that -- and would then become a pretty effective deterrent.

I really hate to give any of those people undeserved attention. Everyone needs a bogeyman. With the right, it was Soros. With the left, it's the Kochs. I think the most absurd conspiracy theory I've seen is a recent one basically arguing that the last eight or so years I've spent writing on these issues is just part of a Koch brothers plot to get me accepted into the progressive movement, after which I guess I'm supposed to use my new influence and progressive credibility to bring everyone around to a Koch-ALEC-oligarch agenda. Or something.

I will say this: There's no better way to be disabused of conspiracy theories than read someone else attempt to advance one that you have firsthand knowledge isn't true. It's amusing to watch.

That said, the ritual tattoo they give you upon working for a Koch organization is in a pretty painful place.

(Note to readers unfamiliar with my history: I did work for two organizations that have some affiliation with the Koch brothers -- Cato and Reason. I covered the civil liberties beat (drug war, police abuse, criminal justice, etc.) at both organizations, although at Cato I also wrote about what you might call paternalism or Nanny State issues. I've never met either Koch brother. I've never received any orders from them. I've never been told to write or not to write something at their insistence.)

I guess it depends on the specifics. I'm very much in favor of jury nullification in cases of consensual crimes. And I think deliberately disobeying immoral laws in a public way can be a powerful way to build support for social change.

But it can also be counterproductive, and repel people from your cause. I support gun rights, for example, but I think Adam Kokesh's planned armed march on D.C. a really dumb idea.

(Although his subsequent raid, arrest, and detainment went way, way too far.)

I've actually been pretty harshly attacked of late for supporting the Second Amendment!

It's true that I'm not really a "gun person," by which I mean I don't consider myself part of the gun culture. I don't own a gun (although I've enjoyed the handful of times I've gone to a shooting range). I also think the NRA's response to some these recent shooting events has been ridiculous. (Particularly the stuff about putting cops in schools, and attacking video games.)

I also do have some concerns about "Stand Your Ground" laws. I support the Castle Doctrine. You should never be required to retreat from your own home. But I think removing the duty to retreat in public, even when retreat is safe option, is bad policy. I also think just calling these laws "Stand Your Ground" is problematic. I think it plays to the most cynical instincts on both sides of the debate.

But I'm very much in favor of the right to own a gun, concealed carry, I oppose "assault weapon" bans, and I would certainly consider myself pro-Second Amendment.

I think that as bad as the weapons and tactics are, the uniforms might be more pernicious, at least in terms of fostering a militaristic mindset. I'm always baffled at how many cops you see wearing camouflage today. In most cases, they do it because they get the camo uniforms as surplus from the military. They say they're cheaper than conventional police uniforms.

That may well be true, but it just strikes me as wholly inappropriate for domestic policing. When you dress like a soldier, you're predisposing yourself to start thinking like one. And of course, there's really no strategic value, unless you're raiding a forrest.

I guess my best advice would be to be inconspicuous about your drug use. For street encounters, or knock-and-talks, know your rights (watch those Flex Your Rights videos). Don't advertise yourself.

The odds of any single individual getting SWAT raided are very, very small. On the off-chance it does happen, I'd just encourage complete and utter submission. Raids are of course extremely volatile. You don't want to do anything that can be misinterpreted. Once you realize what's happening, fall to the floor. Make sure your hands are empty. The time to make a stand and exercise your rights comes later. As a raid is happening, you're just trying to stay within that thin margin for error. Your goal is for you, your family, your dog, and anyone else in the house to live long enough to file a lawsuit.

I lived in Washington, D.C. for 10 years. There's nothing like living at the global epicenter of faux outrage and shameless posturing to make you appreciate the merits of civil, reasoned discussion and debate.

I mentioned this above, but I'd like to see a law that says if critical video or audio evidence goes missing, the defendant's account of the incident will be presumed to be truthful. (Absent other evidence.) My one year of law school fails to inform me about whether or not such a law is legally feasible, but it certainly seems like a just way to handle these cases.