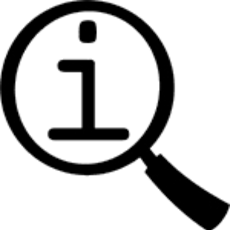 We are the QI Elves, the researchers behind the BBC comedy panel show QI - Ask Us Anything!

Thanks for all your great questions so far! We're having great fun...

Over the last year we've expanded quite a lot on line, and we're trying out a few new things. So far we've steered clear of posting on Reddit as we didn't want to come across as self-promotional, but would Reddit like to see us post the occasional QI fact to /r/todayilearned, /r/quiteinteresting or somewhere? Upvote if yes, downvote if no!

We will construct a new Stephen from the assorted genetic material that we have collected from the seat of his chair.

edit: Thanks for the gold!

According to our calculations, Alan's total score stands at minus 2283. That's if you don't count the time he got minus 1 gazillion.

Over the series the audience have racked up a total of minus 60 points; ASIMO the robot scored 32 points in the 'I' series, and despite never having appeared on the show, Barack Obama is on minus 10.

Panellists are allowed to appeal if they think their score is wrong - but so far no-one has exercised this right.

Rich Hall is currently the most successful guest, having won 10 out of the 24 episodes he has appeared on.

All we know is that a man called Murray (formerly Colin) from a company called Lumina arrives at the studio in a big black car and is escorted to a blacked-out scoring room, where he does something with a proprietary algorithm and a cat. Numbers come out of a tube and we beam them straight to Stephen.

My favourite non-TV (so far) fact is that the International Space Station is worth roughly 7 times its own weight in gold.

We'll ask him next time we see him!

Sometimes we get biscuits.

They're all pre-programmed in - it takes a few minutes to set them up, so we can only add in new ones if we have enough time in the show -eg. Victoria Coren and the Aztec March Hare.

We will start on the numbers. Once we have finished them, we will get started on symbols.