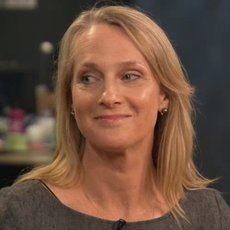 About
is an American memoirist whose experiences in prison provided the basis for the comedy-drama series Orange Is the New Black.
Reddit AMA Stats
Tag Cloud
television, netflix, prison, memoiris

1) a big difference is that my family (& Larry's family) were amazing supports, and that I maintained strong ties to my friends & co-workers while I was in prison - this really reinforced that I was not alone. Those lifelines were everything to me, and to all prisoners. I made a lot of mistakes when I was locked up, but not quite along the lines of Chapman :)

The backstories are amazing, and the creation of Jenji and her team of writers - they are all fictional and not drawn from the book.

There are some distinct consistent factors for women who go into the criminal justice system:

Also most women in the CJ system are moms - more than 1.3 million kids with a mom in the system.

You can learn a lot more about the unique situation for women and girls in the CJ system here: www.wpaonline.org/about/serve.htm

During one meeting with a publisher she said "We really like it, except for the lesbianism, and the crime." Huh?

I was very lucky to have an editor who really understood the book I wanted to write, and helped me write it. I think it's very important to tell a unique and surprising story in your writing, with an eye on how it connects back to a large number of people. In other words, a very unique story that yet has relevance to many others.

Our drug laws in the US are draconian, and are a big part of the reason that our prison population has grown from about 500,000 in 1980 to more than 2.3 million people in prison or jail today.

You can see some examples of drug law injustice here: www.aclu.org/living-death-sentenced-die-behind-bars-what and here: www.vice.com/read/these-non-violent-female-prisoners-have-been-rotting-in-prison-for-the-last-decade

My best life advice is to know that you can learn more from your failures than your successes.

Readers of the book will probably agree that there is a lot of internal conflict depicted there - and that I definitely avoided conflicts with COs and other prisoners (as is only sensible).

TV really needs external conflict, and that's one of the big differences (other than storyline differences) you'll see between the book and the show. A show that was very introspective would be boring to watch. A book with as much conflict as a TV show has would be unreadable.

I haven't had my casting call yet!

You really don't ever ask someone what they're in for. Some people choose to talk about it, and some people never do.

I think inequality and white privilege are one of the big topics of the book. Racism is on stark display in the criminal justice system, whether you are talking about policing, prosecution, sentencing, or what happens to people during incarceration. Andrea James has written a book about her own experience in the same prison I was held in: www.amazon.com/Upper-Bunkies-Unite-Thoughts-Incarceration/dp/0988759306

I also think this is true in terms of how mass media functions in the U.S. Jenji Kohan has described the character of Piper Chapman as her "Trojan horse", saying that she could not have successfully pitched a show about women of color, old women, poor women to any major media corporation. I'm not an expert on Hollywood, but that's her POV

It's my hope that the response to the show, and most especially to the range of characters, is evidence that there is a great deal of interest and appetite for much more diversity in media.