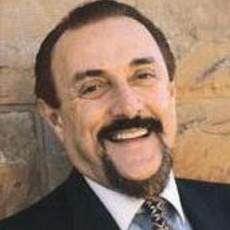 About
known for his Stanford prison study and authorship of various introductory psychology books and textbooks for college students, including The Lucifer Effect and The Time Paradox.
Reddit AMA Stats
Tag Cloud
psychologist, professor

I am a published psychologist, author of the Stanford Prison Experiment, expert witness during the Abu Ghraib trials. AMA starting June 7th at 12PM (ET).

It's a new world out there for everybody. In America, and really throughout the world young people have fewer opportunities for employment, to demonstrate their abilities, and professional attributes. The diminished opportunities are a problem for men and women, but young women under 30 are surpassing their male counterparts academically and financially for the first time. Women are becoming more desirable to hire than guys. Relating it to gender role expectations, since women are able to take care of themselves financially, it creates new challenges for men. If you're a guy, and you're not the breadwinner, what are you? What new role should men be developing? All the new roles threaten the traditional concept of masculinity. This makes it more difficult for guys and girls to relate to each other as equals.

Broadening out the answer...

Because of the new difficulties facing guys in this changing, uncertain world, many are choosing to isolate themselves in a safer place, a place where they have control over outcomes, where there is no fear of rejection, and they are praised for their abilities. Video games are this safer place for many of these guys. They become increasingly adept and skilled at gaming, refining their skills, and they can achieve high status and respect within the game. This is not something you see women doing, they don't need to get respect that way. We (my co-author Nikita Duncan and I) have nothing against playing video games, they have many good features and benefits, it is the big HOWEVER, that when played to excess they can hinder a guys ability and interest in developing his face-to-face social skills (games are designed to get everyone to play to excess, we call this the enchantment factor). In addition, the variety and intensity of video game action makes other parts of life, like school, comparatively boring, and that creates a problem with academic performance which in turn requires medication to deal with ADHD, which then leads to other problems down the road.

The answer to this provocative question is given in the introduction to chp 16 in my Lucifer Effect book (2007) where I invited anyone to perform a Reverse Milgram experiment. Milgram was able to demonstrate the relative ease with which ordinary people, 1000 of them, could be systematically led to administer increasingly dangerous levels of shock to an innocent victim by means of gradually raising the shock level with each trial by only 15 volts, until by the end of 30 shocks the voltage was raised to a near lethal 450 volts. At least 2 of every 3 participants went all the way down that slippery slope.

Now can we demonstrate the opposite, that ordinary people can be gradually led to engage in increasingly "good" socially redeeming deeds up to a point of engaging in extremely altruistic, heroic actions, which initially they assert they would never be willing to do?

It would have to be well crafted with early assessments of the prosocial value of each target action on the way up the slippery slope of goodness. It might have to be individually tailored to the values and interests of the target person, thus for some giving one's time is precious, for others it would be money, or working in undesirable conditions, or with an unattractive population of people, etc.

It would be sad to conclude that it is easier to get ordinary people to do evil, than to do heroic actions, so I personally welcome someone to systematically take up my challenge, and I will serve as free consultant.

Shortly after the time we first published the results of SPE, the head graduate student of the research, Craig Haney, and I became very much involved in prison reform in California, working with the department of corrections, teaching courses on the psychology of imprisonment, organizing courses for prisoners in Soledad prison, being expert witnesses in trials about solitary confinement as cruel and unusual punishment, and also working to highlight the psychologically and physically devastating effects of "supermax" prisons.

However, in 1973, there were about 350,000 Americans in prison. This year there are more than 2 million Americans caged in the prison system at local, state, and federal levels. More than twice as much as any other country in the world. It is a national disgrace as far as I'm concerned, and with those big numbers goes reduced programs for rehabilitation, recreation, therapy, and really any concern about prisoners ever being able to live a normal life outside the prison. And this is because 3 factors: economic, political, and racial. Prisons have become a big business for many communities; many prisons are becoming privatized, which means they are for profit only. They have become political in so far as politicians all want to be seen as tough on crime, encouraging prosecutors and judges to give prisoners maximum sentences, including 25 years to life, for non-violent offenses. Racially, prisons have become dumping grounds for black and hispanic young men, so that there are now more of these young men in prisons than in college.

The whole system is designed not to help prisoners. At this point, my optimism about improving the American prison system has been severely tested and it will really take a major change in public opinion and also in basic attitudes from the top down. It's a systemic problem; it's not like some warden in a particular prison is a bad guy, everyone's attitudes needs to change to become more humane. This needs to start with the President, governors, and mayors taking a strong compassionate stance. Pragmatically, citizens have to realize that it costs them through their taxes $1 million to keep one prisoner locked up for 25 years.

In the Milgram study, SPE, and many other similar studies on the power of social situations to transform the behavior of good people in evil directions, the conclusion is the majority can easily be led to do so, but there is always a minority who resist, who refuse to obey or comply. In one sense, we can think of them as heroic because they challenge the power of negative influence agents (gangs, drugs dealers, sex traffickers; in the prison study it's me, in the Milgram experiment it's Milgram). The good news is there's always a minority who resist, so no, not everyone has the capacity to do anything regardless of the circumstances. I recently started a non-profit, the Heroic Imagination Project (www.heroicimagination.org) in an attempt to increase the amount of resistors who will do the right thing when the vast majority are doing the wrong thing. There needs to be more research though, and we are in the process of studying heroism and the psychology of whistleblowing; curiously, there is very little so far compared to the extensive body of research on aggression, violence, and evil.

I wish that I had more time to answer the many provocative questions that so many of you posed on this my first AMA ever.

However, I am in now in the little Sicilian Village of Cammarata, in the mountains between Palermo and Agrigento, where my grandparents, Philip and Vera, emigrated from to New York many decades ago. I have started a non-profit educational foundation that provides college scholarships to up to 20 deserving HS graduates in three local towns (also San Giovanni Gemini and Corleone), as well as creates computer labs in the primary and high schools. In addition, we sponsor both psychology science conferences and cultural festivals (poetry, photography, fine art, and music). Our foundation also supports the local volunteer service for the psychologically and physically handicapped, ARCA. In this work, I am indebted to the generous contributions of Steve Luczo, CEO Seagate Technology, whose maternal grandparents came to America from a farm in Corleone.

I am now on my way to oversee our music festival at the local cinema. Ciao, one and all.

hi HAPPY LONER It is perfectly fine for anyone to choose a solitary life style of an introvert; artists, scientists and others often do so. My concern has been since 1972 with those who are excessively shy and WANT to make social contact, but fear rejection and so end up as reluctant social isolates. See my early book-- Shyness: What it is, What to do about it. Now the new problem facing our society is the negative, unintended impact of excessive internet and video use by everyone, and especially guys on video games and freely accessible porn. They are isolating themselves from society, from friends, from girls by choosing to spend their time alone playing games or with themselves in a totally introverted Video World.

One problem with the public understanding of Milgram's research was that people saw his movie - "Obedience" - and did not read his book - Obedience to Authority. His movie, which he made very early in his research program, only included one set of variables, that is the victim (aka "learner") is remote and the experimenter and "teacher" are in proximity of each other. What most people do not realize is that Milgram performed 19 different experimental variations on his basic paradigm; in some scenarios the learner and teacher were in proximity and the experimenter was remote -- and obedience dropped significantly. For me the two most important findings of the Milgram research were two opposite variations, the first one in which participants were told to wait while the alleged previous experiment was finishing up, and they saw the participant (confederate) go all the way up to 450 volts. 91% of the participants in that condition went all the way up to the maximum voltage possible (450 volts). On the other hand, when the new participant was told to wait while a previous set was finishing, and observed the alleged participant refused to go on, 90% of the new particpants then refused to continue the shocks beyond a moderate level.

This means we are powerful social models for one another. When others see us engage in prosocial behavior it increases the likelihood that they will do the same, but when we see evil and the exercise of power we are drawn into that frame of mind and are more likely to engage in anti-social behavior. For me that is the prime takeaway message from the Milgram experiment. By the way, in passing, Milgram also included a condition with women as participants, and they behaved exactly as the men did. Two-thirds of them also went all the way up the shock scale.

My favourite is a classic, It’s the story of an elementary school teacher named Jane Elliott who taught her white protestant 3rd grade students to be prejudiced against students of different eye colours and then reversed it the next day. I believe there’s a youtube video of it somewhere. Simply fascinating.

in the olden days researchers had total power to do anything to their "subjects" whether human or animal, children or prisoners-- in the name of science. Some abused this privilege and Human Research committees were developed in order to create a better balance of power between researchers and their participant,and are now essential for the conduct of all research. A problem is created however, when they become excessively conservative and reject almost all research that could conceivably 'stress' participants even by having them think about a stressful situation. Thus nothing like the Milgram study or my Stanford Prison study could ever be done again. Is that good? Is that bad? Open issue for debate.