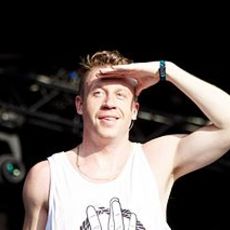 Macklemore and Ryan Lewis: Ask Us Anything!

THIS IS FUCKING UNBELIEVABLE!!!!!!!! I am literally tripping out right now. Just got off the phone with my mom and dad. I'm so happy right now. THANK YOU to everyone that has supported us. This is one of the best nights of my life

They are close homies

Same Love. Out of all the songs on our album, it addresses one of the most important issues in society right now.

It was cold, dark and stormy afternoon in the middle of California sometime in 2010. Our tour van was cruising down the freeway at roughly 70 mph and I had the idea…This shit would be a lot less depressing if we had a gang. BAM! That was the magic moment.

Let me back track. I’ve always loved sharks. Great White Sharks in particular, but really all sharks. Tiger sharks, Hammer Deads, Dolphins. All that shit. Probably my favorite animal that hangs out in water.

So there it was. I wanted our music to have an animal. Something the people could represent. That defined our sound and the people that supported it. BIG bold letter lit up in my head and spelled out SHARK FACE GANG. I tweeted it.

Next thing you know there were kids coming to the shows with homemade #SHARKFACEGANG t-shirts. That’s what made it official. The fans really solidified it.

We have no choice but to represent this till the death.

The Heist is #2 on all of iTunes! WOWWWWW!

MY PEOPLE! This was very dope. Tons of great questions. We got to as many as we could tonight. I NEED TO EAT AND CELEBRATE WITH MY LADY!!!! This night is fucking aawesome. So is Reddit. Love you guys! #TheHeist