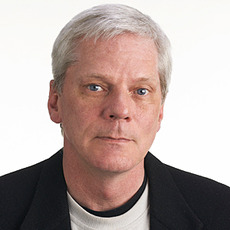 I am Kristinn Hrafnsson, official spokesman of Wikileaks. I'm here to answer any question you have to the best of my ability.

I am beyond being frustrated with the mainstream media. Where under conservative estimates, 90% of journalists are useless or counterproductive. To be fair, of course this can be explained in part by corporate structure of mainstream media, decline of revenues, and the environment in general. This is nothing new. All major jounalistic achievements in the last decade have been produced by journalists that had to swim upstream and even had to fight internal battles against their own organizations. When it comes to media coverage of Wikileaks it is revealing to see that there is ten fold coverage of the persona of Julian Assange than in actually what Wikileaks has published and produced, and it is ludicrous to see reporting and criticism by media saying that Julian Assange is putting all the limelight on himself, the same media that had no interest in Wikileaks revelations about war crimes, about torture, but were all to eager tp report relentlessly about Mr. Assange's demeanor, how he dressed, what he had for breakfast, and whether he looked tired or refreshed.

I remember how frustrated I was in April 2010 when I had traveled to Baghdad and met people who had lost their relatives in the attack of the collateral murder video, and we produced their testimony and evidence of fatherless children and widows, but when the video was published the major concern of the U.S. media was A: the leak itself and B: the persona of Julian Assange. I had traveled to the war zone to gather evidence of what I saw as a clear indication of a war crime, but the U.S. mainstream was totally disinterested and still is to this day. For the record, for you as journalists, you have a duty to doha and said, the children of Matasher Tomal, to explain to them why nobody was held accountable for killing their father who's only crime was to stop his minivan to help a wounded Reuters employee, bleeding to death. THe evidence is there in the collateral murder video for everyone to see, the questions have not been answered. I met those children, and their mother, and they have still been deprived of justice.

No we won't do anything any differently. If true, this categorization does not come as a surprise and is a reflection of the hate speech and vitriol expressed by prominent politicians here in the U.S. However this should be a strong signal to all dedicated journalists, if a media organization can be categorized as the enemy, any journalist worth his name can expect to be branded with that label.

In my view, and I have only been with the organization for two and a half years, our biggest mistake was to have too much confidence in the main stream media and not understanding, fully, the limitations of even established media powerhouses as the New York Times are operating under. For me as a jounalist for 25 years, it was a shock and a surprise to witness first hand how a prominent media house as the NYT had become subservient to the administration. We've come a long way from the Pentagon Papers and taking on Nixon.

This is a difficult question, and my answer (or lack thereof) has to be viewed in the context of Mr. Elmer's legal challenges in his own country. All I can say is we have been in contact with Mr. Elmer, and view him as an important whistleblower who has provided insightful information about the use and abuse of offshore banking by major financial players. I am not trying be evasive but ask for your understanding about the complexity of the situation we are operating under.

It is very hard to deem one leak more important than the other, but of course in terms of scope and effect, the cablegate, the Iraq war diary, and the collateral murder video have been explosive, but looking back prior to that time Wikileaks did produce leaks that were not noticed internationally, but had great regional, social, and political impact. Those were leaks pertaining to money laudering by the Kenyan government, toxic waste dumping in the Ivory Coast, corrupt practices by Swiss and Icelandic banks. Wikileaks does not pick a target, it is not anti-american. It is a mutual recipient of information, that whistleblowers deem are essential to be made public. The anti-american sentiment that has been proposed is not based on the actions of Wikileaks, but the reaction by the U.S. mainstream media.

I've been a journalist for 25 years and worked under difficult circumstances. I am in the U.S. on a diplomatic invite from the Ecuadorean authorities to take part in an event at the U.N. It was important to attend. A journalist cannot be controlled by fear. I have been to warzones in Afghanistan and Iraq and I have to admit that I took similar precautions before I travelled to the U.S..

It is hard for me to be specific, but the sabotage was serious and information was lost there. It could have revealed serious war crimes.

In total contrast to our policy, they crawled to the administration before publishing and revealed the stories they had prepared and asked for permission to publish. They did spike stories of major importance, for example pertaining to the assasination squad operating in Afghanistan. The flavor of the reporting by the NYT was in total contrast to the reporting by our European media partners. This is on the record and you can look it up and compare.

Wikileaks weighs all submissions by a strong criteria that can be found on our website. To my knowledge Wikileaks has not withheld any information that has met the criteria. It is worth taking note of that despite the publication of Wikileaks, the most important leaks of recent times, there is not a single incident reported of this publication leading to harm to any individual. Even U.S. agencies have acknowledged that, even though they are reluctant to hand over that evaluation in the Bradley Manning hearing. Having said that, one must understand that no information is neutral and publications can have effect, but what we have witnessed with the publication of the explosive leaks in the last few years are positive revelations and contributions to social and political change as we have seen in the middle east.

Julian is a friend and colleague. I studied political science and mass communication theory in Iceland and in Florida. I never graduated. I got a job in journalism and never saw the real meaning of having a diploma to hang on my wall. I was already on the track of what I decided to do, and it has been my mission ever since.