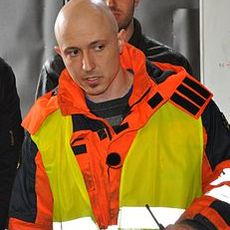 About
is a Danish architect, specializing in manned spaceflight, a resident of Copenhagen and married with animation director Karla von Bengtson. He is most notable for his involvement in founding Copenhagen Suborbitals.
Reddit AMA Stats
Tag Cloud
aerospace, engineer

IAm Kristian Von Bengtson, an architect on a DIY mission to launch a man into suborbital flight. AMA.

Hey John, Thanks for the interesting question.

There are several reasons for this change. First, I have to say that I am still in love with my first design (the tube-capsule) mostly because it doesn't get any smaller than that. The simplicity was great. You are basically wearing the capsule. Also, it was done at a time where we didnt believe we could handle bigger rockets, but that has changed. The economy and manpower has expanded!

The tube-capsule had some serious issues. First of all the parachutes had to be placed aft, divided in several chambers always being a huge risk for entanglement during deployment. Also, we really wanted to have the kind of safety system which is provided by the LES. There are other reasons as well, but those were the main causes for the change. There is no doubt that we could reach our goal much faster if we kept the old design, but we felt it was the right way to go, even though it might end up costing us 10+ years. Keep in mind we love the R&D in this as much (or even more) than the final flight. So, we dont mind adding year to this phase... Thanks for being an inspiration to us!

If we cant get the reentry systems to work we might just dock to ISS and claim our right to be saved by other nations by the UN Outer Space Treaty..

Thanks for being a fan, I you are.. Biggest help is to spread the word. Next best thing is to donate if possible. But the mental support is the most important.. I also believe that if we have enough "fans" no one can stop this project, even if it becomes mixed up in future legal issue :)

hehe.. it was the small hybrid engine leading to XLR-3 which was used to propel a small boat on a lake. During that development a sound design for a safe rocket was discovered. http://ing.dk/modules/xphoto/cache/31/64323_450_800_0_0_0_0.jpg

I dont think it matters what kind of capsule design we use. You will still see capsules having a hard time during splashdown. The road to space is long and difficult and will demand capsule and rocket failures before you get there. Sorry you lost the enthusiasm. Hopefully you will get it back at some point :)

Yes, we rely solely on donations and this is an challenging dogma for the project. Many times we have discussed if we can remain interesting, especially in a very long phase where there are "boring" test rockets which doesnt have that first-time feel or size to impress. One thing is for sure.. if we stop working or show results the donations will stop. So, it is some kind of self-regulating system where you get as you deserve. I like that.. thanks yourself :)

This is a non profit mission. Launching ourselves into space. Not paying tourist. This way we get around most legal issues. Suborbital missions is a good sound way to start. Its like crawling before you walk. When we succeed doing this we may go to orbital..

Yes. we have found a perfect arrangement starting with Peter and then we see how its goes.. :)

Hello Delft... Thanks for the kind words..