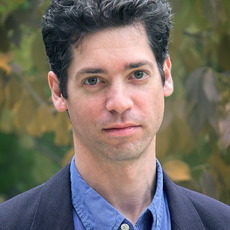 I'm Jon Cohn, a senior editor at The New Republic and I know LOTS about Obamacare. AMA!

I get this question every time I go overseas.

I wish I knew the answer.

My crystal ball on politics is notoriously bad, so I hesitate to make any predictions. My gut tells me the Republicans will have to concede on Obamacare and not get much in return. But it might be a while.

As I've said elsewhere, I think this problem isn't as prevalent as media accounts of suggest, but it's obviously happening and something that, ideally, the parties could get together and figure out a way to fix.

All reforms have come with tradeoffs -- when they introduced minimum wage and child labor laws, for example, some companies laid off workers because complying meant paying more. The goal is to maximize the upside and minimize the downside, and in this case I think the upside -- more widely available insurance, including for part-timers -- is huge. But, as I've said, that doesn't mean a lot if you were counting on that extra money and can't get it. This is why ACA, like all laws, will need refinement and improvement.

With all due respect, I would say you get a benefit for those $840 -- a very substantial and important benefit. It's the knowledge that, should something happen to you, you won't have to face tens of thousands of dollars in medical bills. I certainly hope that doesn't happen and, given your age and health, it probably won't. But anybody can get sick and anybody can have an accident.

Another excellent question. According to Washington's official scorekeeper, the Congressional Budget Office, the Affordable Care Act will reduce the deficit.

Under the law, the government must spend more money. Most of that money will help people get health insurance, either by giving them Medicaid coverage or providing them with tax credits to help them buy private insurance. (There's also some extra money for seniors, so they can get more help paying for prescription drugs.)

But the law also reduces what the government spends, mostly by reducing what Medicare pays for goods and services. It also raises some new funds, primarily from a new tax on very wealthy Americans.

This is a really interesting and important question, one I addressed at some length in an article I wrote a few weeks ago.

Quick version: Most of the experts I have consulted think this isn't happening much. The aggregate data just don't show a major change in hours worked, particularly in the context of such a large economy with so many other larger forces pushing on it in different directions. That said, it's a big country. Something that affects only a minor portion of the population might not be enough to register on national economic statistics, but it can still make a difference to thousands or tens of thousands of people. I've seen enough anecdotes to think that may be happening here.

The employer requirement has never been popular with the policy wonks. But it does generate a decent chunk of revenue, to offset the law's costs. Get rid of it, and you have to find a substitute -- or tolerate higher deficits or give less help to people.

In a less dysfunctional political environment, this is precisely the sort of thing lawmakers could fix easily. But for that to happen, both sides have to be willing to talk. Obama and the Democrats have made clear they are willing to do so, but first Republicans must give up their attempts to undermine the law (and shutting down the government if they don't get their way.)

There are no stupid questions. My colleague Mimi Dwyer has the answers for you.

Glad you asked, because this question gives me a chance to make a very critical point...

Did you mean will Obamacare change employer-based health plans? If so, then my answer is not really. At least in the short term, I don't expect the law to cause many visible changes to employer coverage. There will be some new protections -- no lifetime limits, ability for parents to enroll their young adult children -- and some small, frequently one-time costs associated with those. . But it's minor stuff financially.

But that's not what you actually asked. You asked me whether current employer-based health plans are going to change. The answer is most definitely yes -- because they were already changing.

I can't emphasize this enough. Our health care system was changing long before Obamacare came along -- and many of those changes are going to continue to take place. When you read about a company making this or that cut -- for example, companies changing options for retirees -- it may have nothing to do with the new law. (That's true even if the companies say ACA is the reason for the change; they may be using it as an excuse.)

He's a smart guy and he knows a lot more than I do about some things, particularly when it comes to drug industry. I respect that. We also have some philosophical differences. I respect that too. I thought some of his analysis left out important details and I said so, but I've also learned from him, as I do from many people on the right.

He's a graduate of the University of Michigan. I live in Ann Arbor and my wife is on the faculty, so I've adopted the school. So we agree on one thing, at least: Go Blue!

BTW, Avik and I are going to be having a live, one-on-one debate at UM in November. I am hoping the New Republic can carry a webcast. Should be fun!