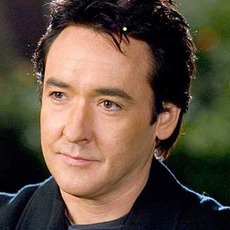 About
is an American actor, producer, and screenwriter. He has appeared in films such as Say Anything..., Grosse Pointe Blank, High Fidelity, Con Air, Being John Malkovich, 1408, Must Love Dogs, 2012, Martian Child, and America's Sweethearts.
Reddit AMA Stats
Tag Cloud
screenwriter, producer, actor

Hey, it's John Cusack. I'm here talk to about Freedom of the Press Foundation, among other things. Ask me anything.

Hey, it's John Cusack. You can ask me anything.

I'm John Cusack, actor and activist, and I wrote a book with Arundhati Roy, Ask Me Anything!

Our constitutional system, with its checks and balances and protection of rights, has been under attack since 9/11... The Fourth Amendment is near death; and President Obama’s remedies in his speech, are no better than band-aids and aspirin, are in reality even less than that. His speeches seem to be designed and intended only to improve the public’s mood about the way things are and will remain, to restore confidence in a system that does not deserve trust.

The president is showing no signs of being in control of the intelligence community; either it controls him, or they simply are in sync, and in full agreement-- he ended up rejecting even the recommendations of his own hand-picked panels. He gives lip service to the problems in his speeches but we know by now the vast difference between his rhetocic and policy..

I spent many many late nights on phone with Hunter through Clinton and Bush years...

Here were his thoughts on the Iraq war Bush & company started:

"We have become a Nazi monster in the eyes of the whole world -- a nation of bullies and bastards who would rather kill than live peacefully. We are not just Whores for power and oil, but killer whores with hate and fear in our hearts. We are human scum, and that is how history will judge us. No redeeming social value. Just whores. Get out of our way, or we'll kill you. "Well, shit on that dumbness, George W. Bush does not speak for me or my son or my mother or my friends or the people I respect in this world. We didn't vote for these cheap, greedy little killers who speak for America today -- and we will not vote for them again in 2002. Or 2004. Or ever. "Who does vote for these dishonest shitheads? Who among us can be happy and proud of having all this innocent blood on our hands? Who are these swine? These flag-sucking half-wits who get fleeced and fooled by stupid rich kids like George Bush? "They are the same ones who wanted to have Muhammad Ali locked up for refusing to kill gooks. They speak for all that is cruel and stupid and vicious in the American character. They are the racists and hate mongers among us -- they are the Ku Klux Klan. I piss down the throats of these Nazis. And I am too old to worry about whether they like it or not. Fuck them."

I can only imagine what he would say about the expanded drone wars, or what he would make of the knowledge that Obama has overseen a fundamental extension of a vast array of Bush/Cheney executive privilege claims - or in many cases outdone them in ways that gut international law and our constitutional rights. I wonder how he would write about unchecked greed of wall street - and the bought and paid for government response - when the moral obligations of government declined and fiduciary responsibilities of elected officials were totally overtaken by rampant greed...

Here's a link to something I wrote a week after his death:

I probably wouldn't do that..cause I did that in a movie you know..

We are both in it now. With Freedom of the Press Foundation, we're on the front lines of politics, bringing transparency to government. https://pressfreedomfoundation.org

You don't necessarily to run for office to make a difference. Activism of all kinds is just as important.

End assassination programs and end the mass surveillance programs by executive order, bring home our troops from Afghanistan, pass an infrastructure bill to rebuild public works and put people to work... to name a few things.

Hello Jimmy Ambrose, I wish you the best. Follow me @johncusack and I'll say hi

Hunter was also the funniest human being I have ever met—loyal and wicked in the best way...a deeply, almost romantic idealist at his core... Always the smartest guy in the room with the greatest bullshit detector I've ever seen