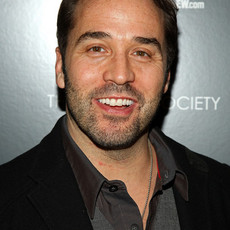 About
Jeremy Samuel Piven is an American film producer and actor best known for his role as Ari Gold in the television series Entourage for which he has won one Golden Globe Award and three consecutive Emmy Awards as well as several other nominations for Best Supporting Actor.
Reddit AMA Stats
Tag Cloud
actor, film-producer

Jeremy Piven, actor from Chicago. Let's get into it, you guys.

You know, what an incredible honor. I think everyone loves Seinfeld. And the horrible truth that I'm so embarrassed to reveal is that at the time, I was very young, I was in my mid-twenties when I played George, and I didn't have a TV... so I had never seen Seinfeld. But I was doing my first TV show, the Larry Sanders show, and I knew Jason Alexander from the lot, and they asked me to audition to play the role that he played and I said "sure" and they said "have you seen it" and I said "yeah, yeah, yeah" so now I can finally reveal this DEEP DARK SECRET. So I had never seen George Costanza, so when I was auditioning I just did my Jason Alexander impersonation. I have to say that I'm terribly ashamed. But I feel like a weight has been lifted.

I don't know what the fuck you're talking about!!!

I think you're my mother.

I heard about it actually, I was getting these amazing Sonos speakers put in. And there's a guy here that was helping me, and he mentioned it to me. I can actually give you his name, he was really cool. And we were having a conversation about how frustrating it is to have a show that you love and care so much about, and not having a way to get more people to know about it. Just because when you're on PBS, it's tough because they can advertise internally but they don't have the funds to go outside of that, so I was expressing my frustration, and he suggested this. His name is Nick DeVita. He's the one that told me about it. And then I told my publicist, and she reached out to Victoria. And here we are.

Yeah, he totally came through. I'm having fun, this is actually really fun.

Well, PCU Part 2: Electric Boogaloo has been in R&D for 20 years. And I don't think that's ever going to happen. I appreciate the love, and the fact that it's become a cult classic. I certainly enjoyed doing it, I made some good friends in it, Jon Favreau was great in it, I got to hang out with the great George Clinton so that was amazing.

Wow. That is a very obscure question. I can't even wrap my brain around this.

It was really fun. Maybe TOO much fun. I didn't want that day to end. It was just a way of extending the power and fury of Ari Gold, but not having it actually be violent (which is the key). And it was just a really great comedic device.

The only thing that did rub off is that it was incredibly gratifying, and also draining. Because, you know, it's one thing to throw a temper tantrum. It's another thing to do it repeatedly. And I don't really know how to fake it, I don't know how to phone in a performance, so I had a very seasoned actress, Angela Landsbury came backstage on time, and she said "My dear boy, you need to develop a b-show to save yourself." And it was great advice, here she is, with incredible longevity, she's in her 80s going back to Broadway, and I'm still trying to figure out what my B-show is.

I think that people have mercy on me, so they usually don't go for the obvious. So not as often as you may think.