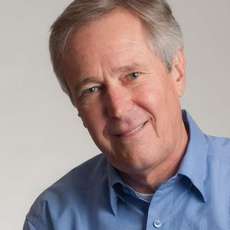 About
known as a national correspondent for The Atlantic Monthly for many years. His work has also appeared in Slate, The New York Times Magazine, The New York Review of Books, The New Yorker and The American Prospect, among others.
Reddit AMA Stats
Tag Cloud
journalist, radio

I am James Fallows, national correspondent for the Atlantic (and long-ago speechwriter for long-ago president Jimmy Carter) AMA

This is one that I will, gasp, actually need to "think" about! I will return to this later in the hour or maybe later today. Thanks for asking.

It's now been more than 15 years since I got my main frustrations about the media off my chest, with a book called 'Breaking the News.' It was considered quite harsh and "daring" at the time, but in retrospect it seems to reflect an innocent age and sensibility. For instance, cable news was just getting started then (Fox News had not yet started!). And newspapers were not really worried about their long-term survival.

Objectively, everything about the media is worse since then, but I actually direct less of my frustration/ire toward the media now, and more toward our situation of self-government and "public knowledge" in the larger sense. Back in 2010 I did a big cover story on the ways the news business would be able to re-invent itself CONT

.. and I think we are seeing signs of that occurring. We're now left in a situation where (a) individuals who WANT to inform themselves, about almost anything, have a richer array of sources than ever before in history; (b) people who want to express their views or offer testimony have fewer barriers to do it than ever before; (c) news organizations to address conditions (a) and (b) are able to make a go of it -- but still (d) as a whole political entity, we have a harder time deciding what is "true" and "important."

To sum this up: the news business is evolving and improving, and individuals face a golden age of info-availability. But the foundations of American democracy and self-government are a cause for serious worry.

Yes, there is a housing bubble.

Will it burst? That is what no one can answer.

And here is the meta-point, which is why you should actually welcome rather than scoff at "iffy" statements: If anyone starts telling you with "certainty" what is or is not going to happen in China, you should mistrust that person -- precisely because of the certainty. There are contradictory pressures, trends, and "truths" in every part of the country every day. You can imagine the current system surviving more or less intact for another generation. You can also imagine it blowing up -- and, after it has happened, either would seem "inevitable" and "pre-ordained." So while this may seem like equivocation, it's actually a reflection of how truly complex the dynamic there is. More on this as I get time.

Important question, obviously, and one that in a variety of guises I have been wrestling with in Atlantic articles / web posts over the past decade. Also (being well aware that this is not supposed to be a promo session) my upcoming book, China Airborne, is explicitly an attempt to answer that question.

IN SHORT: China has more, and much worse, problems than the US does. Environment (worst problem, IMO). A possible "low wage" trap, as I've written about several times. Official corruption, rising social inequality, pervasive mistrust. It also has obvious strengths. I went into the US-China head-to-head in this article CONT

.. and will keep going at it in years to come. Here are two useful rubrics for Americans, I think:

1) It is important to TAKE CHINA SERIOUSLY, because of its potential and its impact on the world, but not to be afraid of it. (As in the current idiotic Pete Hoekstra ad) 2) China's problems are worse than America's, and we are far richer to start with. The question is whether we are as likely as they are to address our problems. More on that another time.

Obviously this is an impossible question. So instead of giving 5 "essential" books I'll suggest several that are valuable to have read -- of hundreds possibly in that category.

If you like politics, What It Takes by Richard Ben Cramer, or Nixon Agonistes by Garry Wills. These are both oldish -- Cramer's about the 1988 presidential race, Wills's about Richard Nixon's rise through 1968. But they talk about trends in American politics that are both enduring and dated-in-interesting ways. What It Takes reveals more about the process of being a politician than most things you will come across -- fatigue, ability to endure humiliation, etc. Agonistes tells you about the way the current polarization we face got its start. Selling of the President: 1968, by Joe McGinnis, is also valuable in that latter way. __ OK, post break: obviously I am paralyzed by this. Random list of recent books I would like to allude to an assume that people are aware of

The clock has run out and I will stop here.

I'm going to take a break here, answer some "easier" questions, then will come back to add some more here.

I think Carter could start out talking about an event that (unlike the killer rabbit etc) I actually witnessed and was impressed by: the Camp David accords in 1978. He could explain how deeply committed he was, on the one hand, to the absolute need for Israel to have the same secure life and freedom-from-assault other nations expect; and, on the other, to the contending rights, demands, dignity, etc of other peoples in the region, including the Palestinians. He could say that having watched -- and helped convince -- both Anwar Sadat and Menachim Begin of the historic importance of making a leap of trust and belief, for long term peace, he had committed himself to that process in the longer term. CONT

Reasonable question, with a little bit of an indirect answer. (in a few parts)

The Atlantic, although it's either the, or one of the, oldest publications in the US (founded: 1857. And BE SURE TO READ our current Civil War issue, full of great stuff we actually published in those days, plus updates from modern authors including one B.H. Obama), was also one of the earliest to go on line. So starting in the early 1990s I would write for what was then called Atlantic Unbound. The idea was to complement what I did in the "real" magazine -- since magazine articles had their obvious formal constraints. The most important of those is timing: a lead time of several months, and a limited number of issues per year. - CONT

Because this is a brand-new account that appears to have a hard-coded length limit.