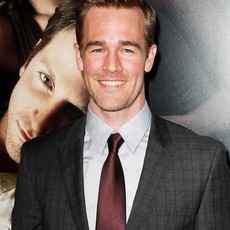 About
James David Van Der Beek, Jr. is an American television, film, and stage actor, mainly known for his portrayal of Dawson Leery in The WB series Dawson's Creek and for portraying a fictionalized version of himself on the ABC sitcom Don't Trust the B---- in Apartment 23. He is also famous for his website, which includes Van Der Beek himself acting out famous internet memes.
Reddit AMA Stats
Tag Cloud
television, actor, film

I am James Van Der Beek. I got out of bed to answer your questions. I'm on a new show called Friends With Better Lives. AMA.

Hey there fellow Pisces! Craziest fan story… hmm… I remember a woman following me out of the grocery store, wiping dirt off my car, holding up her hand and saying "I will take this home to my children." That felt outside the realm of normal adult behavior to me...

I appreciate hearing that. I still keep in touch with the cast and the writers of that show. I think it might have been a little to out there for the network we were on at the time. We joke around about doing a Christmas Special… the most demented Christmas special ever.

I think you have to make that face at the bank and see if they cave.

When I had to convince Katie's character to wear a wire to snitch on her drug dealing dad because a molotov cocktail had been thrown through a window, I remember thinking, "What show am I on again?" But then we crossed back over and got back to more relationship stuff. Six head writers in six years will take you all over the map.

HAHAHA! Right? I also remember driving and hearing screams, and it was because there was a Mom in a minivan full of girls chasing me through town. All the younger fan stories are sweet. It's the adults who get weird.

Well… it's the only show I'm currently in, so… need I say more?

I probably do. Copy that.

We have a lot of fun. It's a classic sitcom, shot in front of a live studio audience. And we have Brooklyn Decker.

Thanks guys, that was fun! Some actors would be above plugging their show before they leave, but I am not one of them. Friends With Better Lives - tonight, 8:30pm/7:30c on CBS. Classic multi-camera sitcom shot in front of a live studio audience. We had a blast making it… hope you enjoy! Be safe, and be kind :)

The director, Chris Marrs, got the job by pitching his vision to her, and that vision included me with a laser gun shooting unicorns who bled rainbows. I was in a period in my career where I stopped worrying about what people might think and just started saying yes to anything I hadn't done before that sounded like it might be fun.

Thanks! I loved doing that show, and getting to work with Nanatchka Khan and Krysten Ritter and everyone on that show. Playing a character with absolutely zero shame is really a lot of fun.

Exactly. Our goal is to establish our superiority by demoralizing you, thereby making you dependent on us for any ounce of joy you hope to experience in life ;)