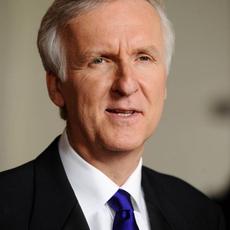 I am James Cameron. AMA.

I wasn't particularly embarrassed because I think that's an unbelievably specific nitpick and if that caused him to not enjoy the film, he may need to reevaluate his priorities. That said, because I'm such a perfectionist, I challenged him to provide me with the correct star fields and incorporated them into the future rereleases of the film. So, if you watch the film now, the stars are correct.

I just like that film! You don't have to defend a guilty pleasure.

I think that's from South Park! It literally is, it's the song from the South Park episode where they parodied my dive to the Mariana Trench.

Well, if one believes in a multiverse of an infinite number of parallel universes, or even a large number of them, then there have to be a few where Skynet wins. But you know, I don't know how it's done exactly. And if I did I wouldn't say.

It's funny. It's like they were actually on the expedition, except I didn't actually make the crew sing a song about me.

One could argue that the machines have already won. All you have to do is look around at how many people are face-down texting 100% of the time, everywhere they are, and it's hard to imagine the machines haven't won.

Well, different actors have a different tolerance for green screen work. usually theater trained actors have the confidence to work alone, or work in the absence of props and scenery and so on, because they are used to sort of black box theater and/or one person shows, and they know that part of an actor's power and the magic is their ability to create when nothing's there. Other actors simply just don't like it. So it's always good, if you're making a green screen heavy film, to talk to the actors before you cast them about that issue. Because you don't want to have to be buying someone's talent, certainly actors are well-paid, but you also want them to want to be doing that.

Oh, it must just be the way I talk! In fact i just wrote a scene yesterday where a character says "Go Go Go!" The page is open on my computer right now.

First of all, people do that in the military. The reason for it, especially over radio comm, is that people can inadvertently stop a transmission, so if something is really important, you say it three times. Which is why when I do my deep dives, I would always say "Release, release, release" so there was no doubt in case the communications got stepped on by another transmission or interference.

I'm going to go change that scene now. Nobody wants to be predictable.

Yes-- George took out a full page color ad in one of the trades, Variety or Hollywood Reporter, I can't remember which, and it was an extremely gracious gesture. I sent him a thank you note after.