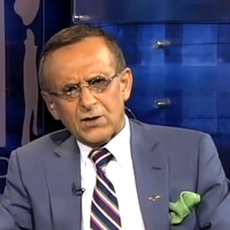 About
is an Iranian academic and political analyst. He is the founder and president of American Iranian Council, holds a Ph.D. in planning and international development from Cornell University
Reddit AMA Stats
Tag Cloud
political-analyst, politician

I am running for President of Iran. My name is Dr. Hooshang Amirahmadi, ask me anything!

I am running for the Iranian Presidency. My name is Dr. Hooshang Amirahmadi. Ask me anything (again)!

I am running for President of Iran. My name is Hooshang Amirahmadi. Ask me anything!

In 2005, I put my name down as a candidate, but it was not really serious. I entered the race about one month before the election day and my purpose was not really to stay the course, but rather to make a statement. Much of Iran’s intelligentsia was boycotting that election and I was afraid that by boycotting, we are going to get someone elected that will not be hospitable to democracy and human rights. History proven me right. So I wanted to record my name in history as someone who did not boycott. That was the only reason. I did not have a platform or a campaign staff and organization to help me. This time , I am a serious candidate. I have an organization and people working for me. I have a platform. We have volunteers both outside and inside the country.

Furthermore, the situations in Iran between 2005 to 2013 are radically different. Iran in 2005 was not in the same dire condition that it is today. Factional infighting has really become a serious destabilizing matter in the Islamic Republic. As you know, Ahmadinejad and Larijani had a serious encounter in the Parliament just this week. The factions within the Right, which controls the country now, have moved from rivalry to animosity. I expect this animosity to increase to the extent that it really will become impossible for the factions to coexist. That means that they will need someone from the outside to bring them together. That is me, as a bridge builder.

Secondly, in 2005, the US-Iran conflict was not as bad as it is today. Now we have sanctions on oil and banks and the sanctions are almost all-encompassing. Oil revenue is almost 1/3 of what it was in 2005. The Iranian banking system has become isolated from the international banking system. The US-Iran relationship has come to a point where i believe the status quo of ‘no war no peace’ in 2005 is no longer viable or tenable. That status quo is very unstable, so the two countries very soon will have to make a decision between war and peace. I am hoping that peace will come, but i am not sure if the IR can deliver peace with the US. They don’t have the kind of people in the system, since many of them are problem makers rather than problem solvers. I have spent 25 years of my life trying to bring the US and Iran back together in a normal relationship. I have produced lots of opportunities, but unfortunately some of those opportunities were lost by Tehran or Washington. For example, in 2005 I brought then-Secretary of State to extend a regret and later an apology for the 1953 coup, but unfortunately the iranian government failed to reciprocate. I was hoping that they would apologize for the hostage crisis.

Finally, Iran is facing declining production, high unemployment, and high inflation, with a rial plunged to a very low level. I am an economic development expert and a planner. So here I come in as a problem solver.

I am a bridge builder, peacemaker, and economic developemnt expert and manager. That is why i believe i can help and that Iran needs me. i am hoping that the Islamic Republic realizes this is, and allows the Iranian people to vote for me.

Lots of questions very quickly. I will do my best to address all of them

I guess I didn't realize how much interest there was among Redditors. No chance to answer them all, but I'll answer as many as possible!

To put it shortly yes. I believe that politics and religion cannot be separated, but religion as an ideology of the state, dictating public policy, is not acceptable. It is neither good for religion nor the state to be mixed.

My PhD is in planning and international development. I focus on socioeconomic development for nations. Judaism in Iran has a great history. Our Jewish brothers have lived with us for years. Iran and the Jewish people have historically not had any problems, it is a shame what is happening to our Jewish brothers. If I am elected all citizens will have equal rights regardless of their religion

I don't think that talking to Redditors will hurt my chances in any way. It can only help by driving more global attention to my candidacy. In fact, my campaign has been generating tremendous enthusiasm in Persian-language, English-language, and other media. I recently delivered a speech at a major event at NYU. I had an article in The New Yorker and The Jerusalem Post, and appeared on the Brian Lehrer Show. I also had an interview in Iran's popular Shargh newspaper, as well as the UAE's Gulf News. In fact, just yesterday I was talking to a Brazilian newspaper and tomorrow I will be interviewed by a Brazilian magazine.

My point is that this campaign is a truly international campaign that is trying to bring in the global community behind a set of peaceful ideas and prescriptions for legal reform. My hope is that you all will support me in whatever way you can.

At this point, no candidate (not me, not Messrs. Ghalibaf, Velayati, etc.) is allowed to publicly campaign in Iran. In that sense, all candidates are in the same boat. No candidate can publicly campaign until he gets the approval of the Guardian Council, which will be delivered in late-May. So far, my campaign has been very active campaigning in the United States, Dubai, and the United Kingdom. We will be travelling to Iran in March, but not for public campaigns. With your help, we want to take our message of peace around the world. The fact is that there are two necessary factors for successful campaigns: ideas and money. We are hoping to build a grassroots movement with broad based support. By donating, you are not only helping fund our campaign organization (incorporated under Amirahmadi 1392, Inc.), you are investing in Iran's future. None of this money goes to me personally; it all goes into our small political organization.

In particular, we can use the help of people with the following skills: digital photography, videography, video editors, web designers, and graphic designers. If you have this professional skill set and are interested, let us know your location. We plan on hosting campaign events around the US, Iran and around the world. We are trying to run this campaign as efficiently as possible without wasting a dollar. Maybe you can help us at an upcoming event by providing your skill set.

If you can't get involved in a hands-on sense, we can still use your financial support. On behalf of my small campaign staff, I am humbly asking Redditors for ten dollar donations, if possible. We want as many people as possible to feel INVESTED in this campaign and in Iran's political future. http://amirahmadi.com/take_action/donate.htm