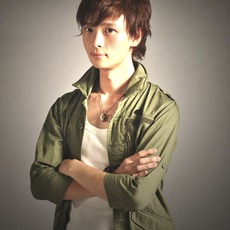 About
is a Japanese violinist who is the founder and Artistic Director of the Eminence Symphony Orchestra in Sydney, Australia.
Reddit AMA Stats
Tag Cloud
musician, violinist

The post is exactly why we're creating this game.

We want to set an example in Japan, just like how Supergiant Games did with Bastion, what a small team of dedicated individuals can do with a game. We also need to do this for ourselves, our professional reputation and our life (in a creative sense) is at stake.

We are really not doing for the money aspect as well. Otherwise, we'd be just doing our usual jobs which is far more stable financially.

All is not lost in Japan though. People from Japan Studio (Sony) like Toyama-san with Gravity Daze and Ueda-san with ICO/SotC, Ishii-san from LEVEL 5 and Kojima-san from MGS are shining examples of the last bastions of video game development in Japan.

We are thinking of a narrator but we don't want to just rip off Bastion. Also, we'd like to be your favourite developer after we prove ourselves that we are worthy of your attention! =D

Yes we noticed that we are receiving less media exposure. We are sending them Press Releases but I think they simply aren't that interested in us =(

We will put more effort into this so we can receive more exposure in the future!

I believe in a step by step plan. If we can make a small game because of the limited funds, we'll make a small great game. This way, the game will sell by itself and we'll have more money to do what we want to do for the game after.

We are here for the long run, and we're not planning to leave anytime soon!

1) Well you control up to around ten units yourself. When you are fighting minions, you could be fighting against over a hundred units. However, you could just be fighting a simple boss. At this point in time, I don't think you will be fighting a smaller pack of fifty or so enemy units. The reason of this "massive" numbers are because your units are heroes. They dispatch creeps very easily (easier than when you kill creeps in LoL!) but the only way you can be defeated is when 50 or a hundred stack on your little squad all at once.

2) I understand your concern but you won't really need to pause to issue specific commands like you'd need to when the enemy creep you are trying to kill individually are very squishy. However, the pause command are still been discussed and researched, whether that be a command or a "time slowing" spell is to be seen.

3) The AI is simple but effective. You are able to customize the AI behaviour. We are planning cue commands as well. When your unit enters combat, we are planning a visual/audio cue so your units don't magically appear dead or KO'd without you knowing about it!

Well we are aiming for 50~60 hours. We are being careful for softcore players though, maybe we will shorten the full experience if they bust through just the main storyline to 15~20 hours so they can at least finish the game but strengthen replayability and different levels of difficulty.

We're still discussing our decisions within the team.

We are working on people to be able to choose what type of game they want, especially for the PLAYSTATION systems but that is not confirmed yet at this time.

If we are successful, PS4 and VITA will be cross buy.

Lots and lots and lots of easter eggs are planned. So much that people will think we have a hatchery.

We'll be receiving donations until about June next year. That is the latest point as we probably can't upgrade any features due to time constraints.

Ah! That's a great idea, I will speak about it with my team