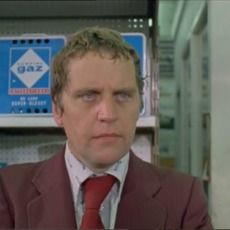 About
is an English actor and supporting artist who has worked extensively in British films and television since the 1960s.
Reddit AMA Stats
Tag Cloud
actor

I am Harry Fielder, actor/movie extra of over 30 years and 800 shows including Star Wars, Raiders of the Lost Ark and many Doctor Whos, ask me anything.

To me, it was a job of going to work every day and enjoying the days. After a couple of years, and i understood the business, assistant directors and directors would ask me to do a line or two, which i found easy, after being a singer in a band for 8 years. I'm glad i did this with my life rather than working in an office 9-5 for a lifetime. Thank you.

On treating extras - i was never treated badly, being an equity member, but i did see some guys thrown off the set for not taking the job serious enough.

Best memories were the years with Tom Baker. All the Whos were done light heartedly, there was nothing serious about it and we had some great laughs. I met Patrick Troughton at Lime Grove studios, Jon Pertwee (BBC centre), Tom Baker (many episodes) and Peter Davidson. They were all nice to work with.

Here are my Doctor Who credits...

Never kiss and tell...thats all...

I update myself but others also help. If i get a credit for a part it gets automatically put on there.

My favourite credit is 'Market Porter' while working on Hitchcock's 'Frenzy'. To work with the master was wonderful...

Never did Star Trek... Only worked in the UK..

I've always been a union member and i still keep my equity card because of repeat fees. I still get the odd amount every so often...

Working with the Master, Alfred Hitchcock, on 'Frenzy'. I spent two or three weeks on the film and i used to watch him at work. I never watched the actors much because i was more interested in what he was doing. And on my web page, i tell of nearly bumping into him in the 1940s in Islington...

I never worked in Hollywood, only in England, but met many wonderful English actressess. See my webpages for a whole list of credits...

Never got to Hollywood,, only worked in the UK.. But met many great Hollywood actors/s.. It's all on my web biog..